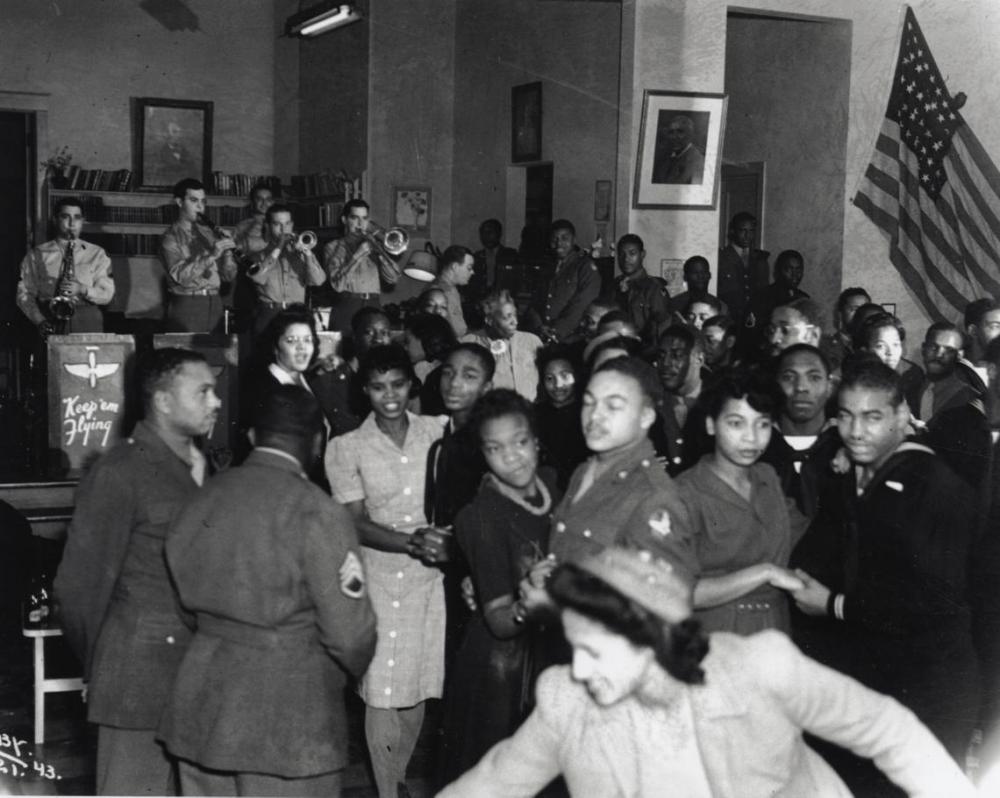 The Booker T. Washington Community Center was founded on February 1, 1937, to provide a place for people to socialize and recreate free from the racial prejudices and judgments that plagued Spokane, Washington at the time. The Center was founded by Rosa D. Malone, a graduate of the Tuskegee Institute, under the supervision of the Works Progress Administration (WPA), part of Franklin D. Roosevelt’s New Deal. The center employed several African American women as choral directors, secretaries, and janitors at the end of the Great Depression when there were few other opportunities outside of domestic employment.

The Booker T. Washington Community Center was originally located in the basement of the Cavalry Baptist Church. Near the end of its founding year, the center moved into a two-story house Malone owned, a short distance southeast of downtown Spokane. The new location allowed the center to expand its role in the community and provide a greater variety of individualized services.

The center provided a place for Spokane’s African Americans to congregate both formally and informally. It served as a venue for adult dances and club meetings and provided sewing, dressmaking, etiquette, food-preparation, and vocal and instrumental classes. The center served many of the same purposes for the African American community that the racially exclusive Young Men’s and Young Women’s Christian Associations (YMCA/YWCA) did for Spokane’s whites.

Although it offered many services to the adults of the area, the Booker T. Washington Community Center primarily served Spokane’s children. The center served at least thirty-five children daily, providing opportunities to play sports like softball, basketball, and swimming along with similar activities and classes for adults. The center also provided childcare and a meal plan as well as an area for children to socialize and make friends.

During World War II, the center temporarily closed, as Malone turned her attention and efforts to Spokane’s George Washington Carver United Services Organization. The Booker T. Washington Community Center reopened on August 1, 1947. In May that year, the Spokane Welfare Federation, better known as the Community Chest, allocated $3,765.88 of funding for the center through the end of the 1948 fiscal year.

Not everyone was impressed by the center’s efforts. Frank Stokes, a well-respected leader of Eastern Washington’s African American community and the last surviving founding member of Spokane’s National Association for the Advancement of Colored People (NAACP) chapter, was among those who opposed the institution. Stokes claimed that the center was contributing to ongoing segregation in Spokane because it didn’t provide services to whites. On August 8, one week after the center’s reestablishment, the Community Chest received a letter written by Stokes and supported by several important organizations (including the NAACP and Brotherhood of the Sleeping Car Porters), calling for an end to all funding of the Booker T. Washington Community Center.

A lengthy campaign and legal battle ensued, in which both sides issued personal attacks against the other. Stokes questioned Malone’s history as a public servant, and Malone accused Stokes of being a communist in a telegram addressed to the head of the NAACP. Each filed a lawsuit against the other demanding $10,000 for damaged reputations within the community. In reality, the center was one of the few organizations that served all races in the city.  Nonetheless, The Community Chest withdrew all funding before the civil suits reached court, sealing the center’s fate. In the end, Malone was ordered to pay Stokes $300 in damages. After years of serving the Spokane community, the Booker T. Washington Community Center closed its doors in 1948.