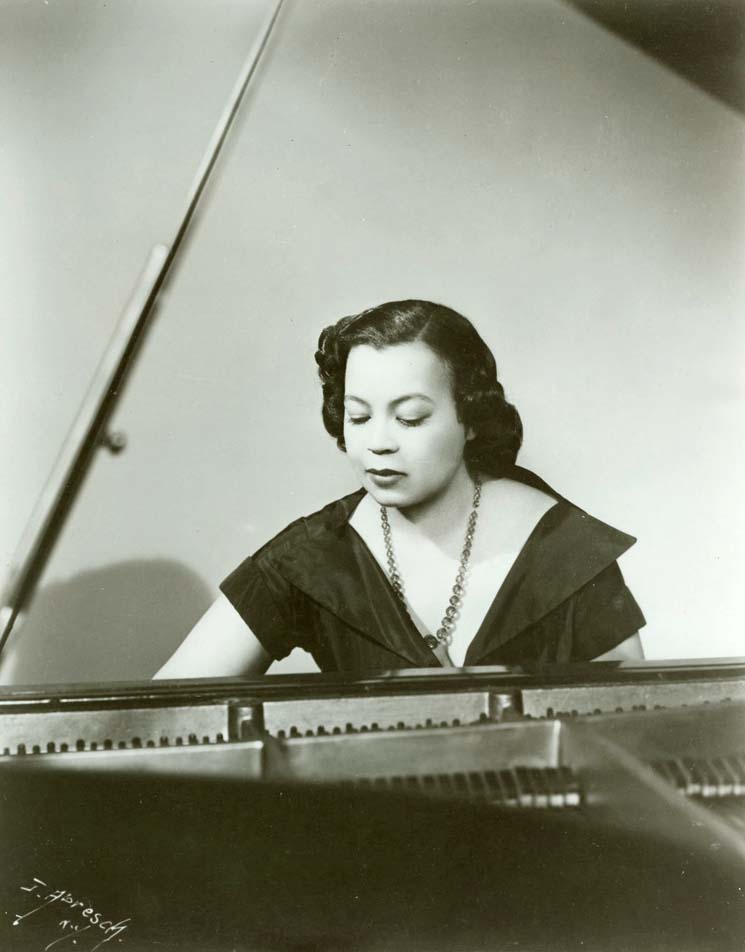 Margaret Bonds was a pianist and composer noted for her musical adaptations of Shakespeare and collaboration with Langston Hughes.  Bonds was the first African American soloist to appear with the Chicago Symphony and played an important role in the development of twentieth century classical and musical theater.

Bonds was born in Chicago, Illinois on March 3, 1913.  Her parents, Dr. Monroe Majors and Estella C. Bonds, were separated two years later leaving young Bonds to be raised by her mother.  Showing promise at an early age, she completed her first composition at the age of five.  Her musical prowess was encouraged by her mother, who was also a musician and a frequent host to African American writers, artists, and musicians. Visitors from the local Chicago area and around the country would regularly play in the Bond home and their presence and performances there clearly had an effect on young Margaret. These encounters were so extensive that Bonds would later claim she knew every living African American composer.

After receiving bachelor’s and master’s degrees in music from Northwestern University in 1933 and 1934 respectively, Bonds went on to a successful career writing pieces for the Glenn Miller Orchestra and regularly performing on the radio.  Although Bonds was educated as a classical musician, her work was versatile and strongly influenced by jazz and blues.  Her compositions were performed by a large number of concert artists including Louis Armstrong and Woody Herman.

In 1936, Bonds also founded the Allied Arts Academy, an institution for talented African American children in Chicago.  She later moved to New York, married William Richardson in 1939, and began working as an editor for the Clarence Williams Publishing House.  Eventually she settled in Los Angeles where she was the director of the Inner City Repertory Theatre.

Perhaps most notable was her fruitful collaboration with the poet Langston Hughes.  Bonds wrote a musical piece to accompany the Hughes poem “The Negro Speaks of Rivers” in 1941.  This partnership lasted well into the 1950s and included several larger projects such as theatrical adaptations of some of Langston Hughes’s works.  Bonds’s musical scores also featured the texts of other poets including pieces for W.E.B. Du Bois and Robert Frost.

Throughout her career Bonds produced a wide range of work, spanning orchestral compositions, theatrical accompaniments, and traditional African American spiritual arrangements.  She was the recipient of the Rosenwald Fellowship and a Rodman Wanamaker award for composition. Bonds was widely credited with creating new interest in traditional African American musical forms, history, and culture.