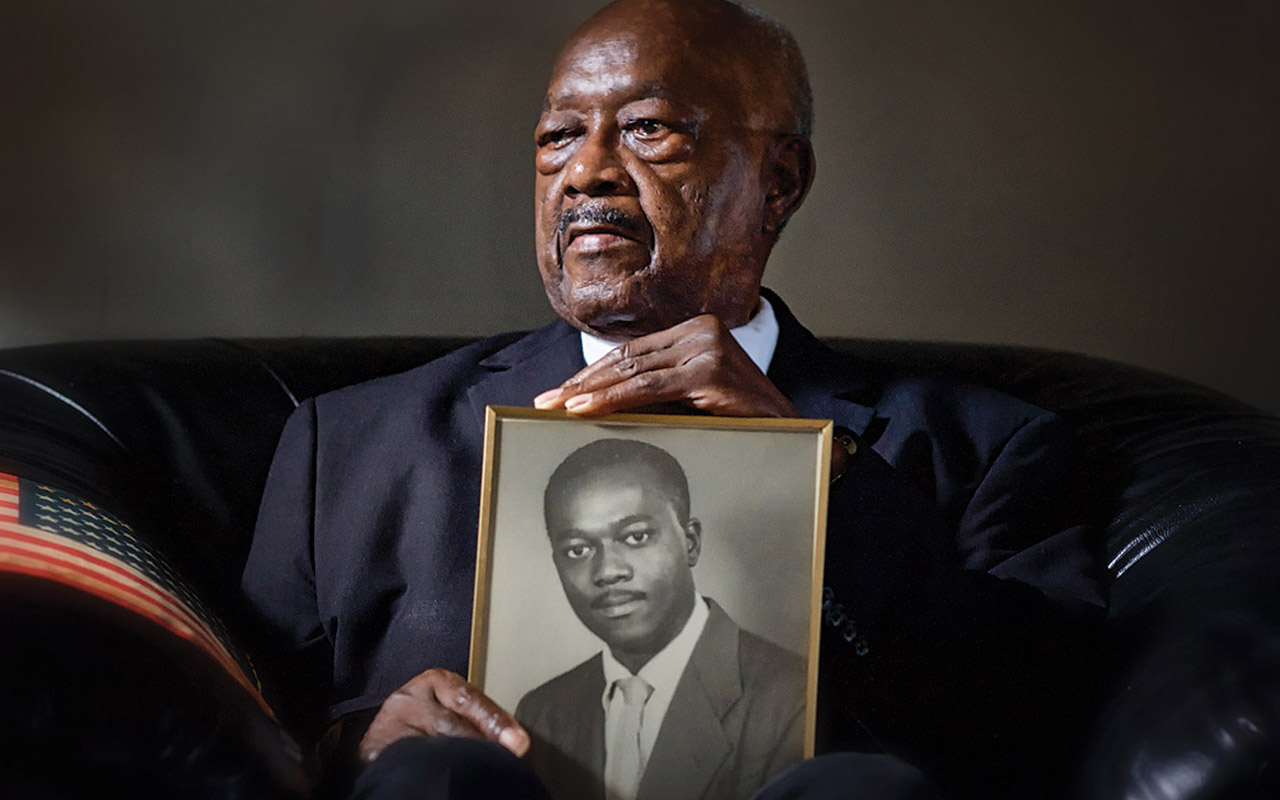 In 1956 Bolden became the first African American to be employed as a detective by the Pinkerton National Detective Agency.  He then served as an Illinois State Highway Patrolman.  In October 1960, Bolden joined the US Secret Service, becoming their second black agent (after Charles L. Gittens, who was hired in 1956).  Bolden was assigned to investigate counterfeiting cases.

On April 28, 1961, President John F. Kennedy, after a brief conversation with Bolden in Chicago, had him join the White House Secret Service Presidential Protective Division.  From June 6, 1961 to July 6, 1961, Bolden traveled with and guarded President Kennedy.  Following his probationary period, Bolden decided to return to Chicago as a field agent in the counterfeiting division.

After Kennedy’s assassination on November 22, 1963, Bolden’s career imploded.  He accused the Secret Service of misconduct regarding the Dallas, Texas tragedy and threatened to divulge information concerning the President’s lack of proper security to the Warren Commission investigating the President’s death.  The Commission never called Agent Bolden to testify.  Instead, in May 1964, Bolden was fired from his post and then arrested by Secret Service agents who charged him with soliciting a $50,000 bribe from a counterfeiting ring that he had helped to break.

Bolden was convicted and imprisoned at the Springfield, Illinois Medical Center for Federal Prisoners, despite the admission by one of main prosecution witnesses, counterfeiter Joseph Spagnoli, that he had been encouraged to lie during the trial.  During his confinement, prison officials attempted unsuccessfully to declare Bolden insane.  He remained at Springfield until his parole in September 1969 after serving three years and three months of a six-year sentence in Federal confinement. Bolden returned to Chicago and worked for several companies in Chicago while trying to clear his name for what he believed was an unjust conviction.

In January 1978 Bolden gave testimony on his experiences and his allegations concerning the Kennedy Assassination to two investigators of the House Select Committee on Assassinations.  The Committee’s final report, released in March 1979, stated that the Secret Service was deficient in the performance of its duties in Dallas.  Bolden felt vindicated by this report.  In 2008 Bolden wrote The Echo from Dealey Plaza which detailed his charges.  The book describes the racism in the Secret Service at the time, and his difficulties with both colleagues and supervisors during his six years with the agency.  He also discussed how he failed to recognize the consequences of challenging this powerful agency in the 1960s when whistle blowers were rare and often not deemed credible.

Bolden’s 40-year campaign to clear his name and highlight abuses in the Secret Service around the Kennedy Assassination have finally been recognized. He was the recipient of the 2008 Scottish Hugo’s Companion Tankard Award for Courage, the 2008 African American Arts Alliance Award for Excellence, and the 2008 Alpha Phi Alpha Fraternity Award for Courage. He has also been cited by the National Urban League as being one of America’s Outstanding Black Men.