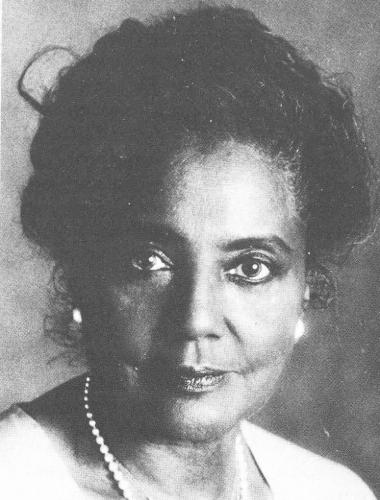 Kathryn Hall Bogle, an early African American journalist in Oregon, was also the first black woman to hold a state government position in Oregon. Bogle was born in Oklahoma in 1906 and came with her family to Portland, Oregon soon afterwards.  Bogle’s journalism career began in 1931 while she was attending the University of Oregon.  She wrote an article regarding her negative response to  racial slurs directed against her.  Her journalism professor sent her article to The Christian Science Monitor which published it and paid her fifteen dollars for her piece. About five years later Bogle called The Oregonian editor because she was angry with an article published that presented racist stereotypes of African American people. In return the newspaper opened its pages to her, allowing her to print a page-long rebuttal where she described continuing widespread discrimination in Portland and Marshfield, the Oregon communities where she was raised.

These early successes were fleeting.  Kathryn Bogle was never hired as a full-time reporter for any Oregon newspaper, magazine, or radio station.  She did later write for a number of black newspapers including the Pittsburgh Courier, the Northwest Enterprise in Seattle and the Portland Observer and Portland Scanner.  Bogle later recalled a 1939 interview with a Portland, Oregon newspaper where the editor acknowledged her abilities but refused to hire her to work at the paper.  He did however offer her a job as a maid in his home.

In 1941 Bogle was hired to work for the U.S. Employment Service in Portland.  As such she became only the second black woman in Oregon hired in a professional capacity by the federal government.

Bogle is most remembered for her role as a social worker who in 1948 helped hundreds of displaced persons and families find shelter following the Memorial Day flood that destroyed Vanport, the largest government-sponsored housing project in the nation.  Bogle worked with organizations such as the Boys and Girls Aid Society and Good Samaritan Hospital, getting them for the first time to provide assistance to African Americans.

Bogle also worked with the Oregon League of Women Voters to pass the state’s first civil rights act in 1956.  She also organized a group called “The Friends of Golden West” which led the effort to restore the Golden West Hotel in downtown Portland.  At the beginning of the 20th Century this hotel, which provided rooms for African Americans traveling for employment as ship or railroad workers, was the largest black-owned hotel west of the Mississippi River. Despite her inability to find regular employment as a journalist in Oregon in the 1930s and 1940s, Bogle in 1993 was honored with the Lifetime Achievement Award by the Portland Association of Black Journalists.

Kathryn Bogle passed away in Portland, Oregon August 2003 at the age of ninety-six.