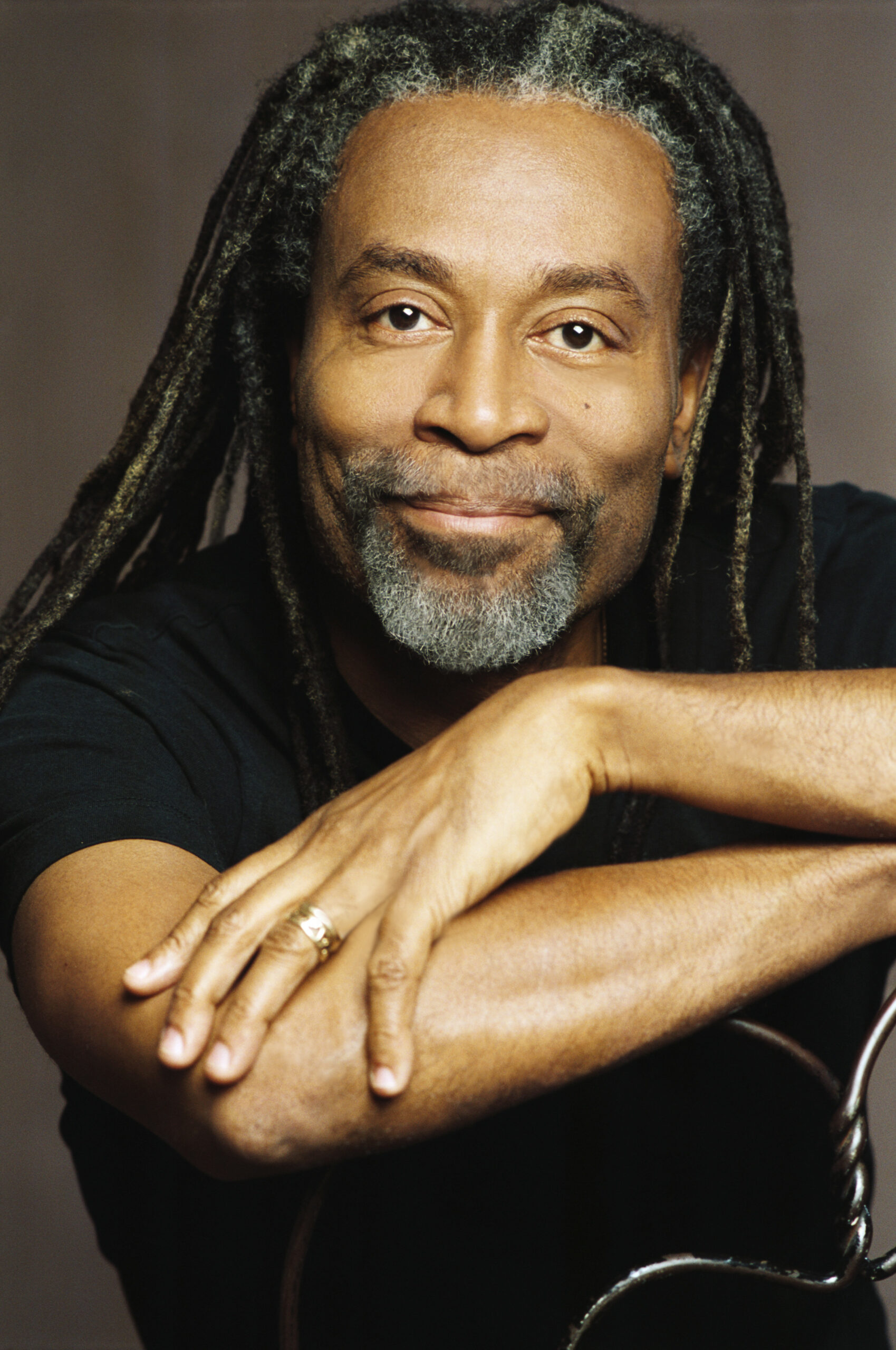 Hear a soundtrack specially chosen to enhance your learning about Bobby McFerrin Jr. (1950- )

Bobby McFerrin is a popular folk-jazz vocalist known for his vocal percussion and a cappella singing, as well as his hit song “Don’t Worry, Be Happy.” He was born Robert Keith McFerrin Jr. in Manhattan, New York, on March 11, 1950, to Robert McFerrin Sr., the first African American man to sing at the Metropolitan Opera in New York City and an American operatic baritone, and Sara Cooper, a soprano and a Metropolitan Opera judge who chaired the vocal department at Fullerton College.

Surrounded by musical talent, McFerrin was interested in being a minister of music. His formal musical training was on the clarinet and he studied music theory. In 1958, McFerrin Sr. was hired to dub the singing for Sidney Poitier in Otto Preminger’s film rendition of George Gershwin’s classic folk opera “Porgy and Bess.” The family moved to Los Angeles. After McFerrin Jr. finished Cathedral High School in Los Angeles in 1968, he attended Cerritos College in Norwalk, California, and California State University. After college he became a pianist and organist with the Ice Follies ice-skating show.

McFerrin, a 10-time Grammy Award winner, was the voice of Santa Bear in Santa Bear’s First Christmas in 1986 and Santa Bear/Bully Bear’s 1987 sequel, Santa Bear’s High-Flying Adventure. Additionally, McFerrin performed on the PBS TV Special Sing Out America! with Judy Collins, and in 1989 he composed and performed music for Knick Knack, a Pixar short film. Later that year McFerrin sang the “Pink Panther Theme” for the movie Son of the Pink.

In 1994 McFerrin was appointed creative chair of the Saint Paul (Minnesota) Chamber Orchestra. McFerrin is married with three children and tours as a guest conductor for symphony orchestras throughout the United States and Canada. He also volunteers as a guest music teacher and lecturer at public schools, while also participating in musical collaborations with his son Taylor. On May 19, 2018, McFerrin received a lifetime achievement award at the A Cappella Music Awards and on August 20, 2020, McFerrin was honored with the National Endowment for the Arts Jazz Masters award.