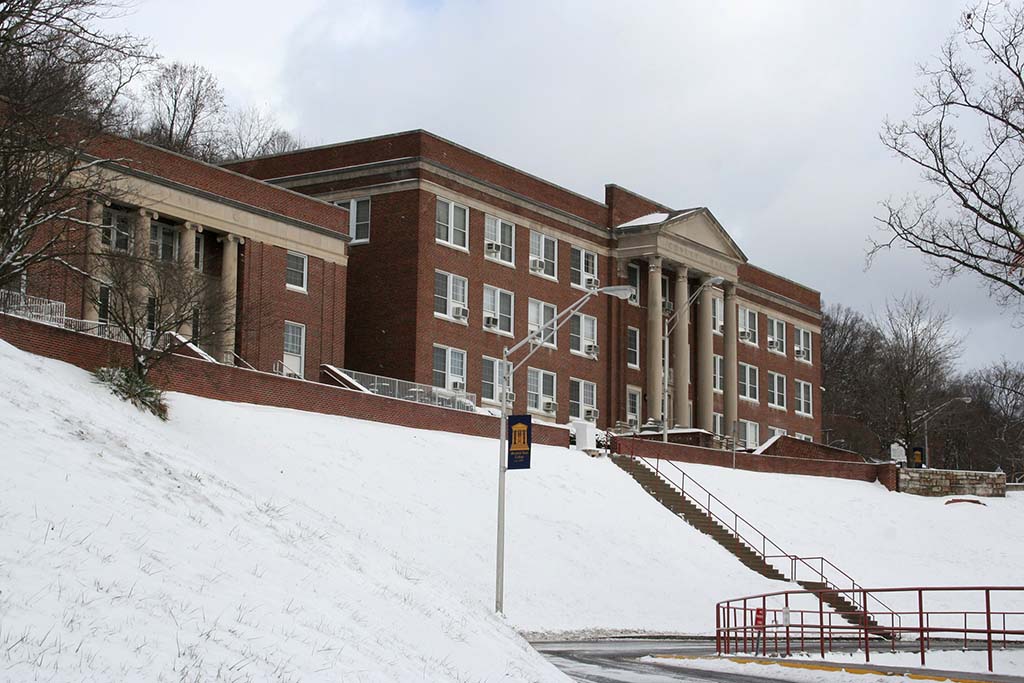 Bluefield State College is one of the first historically black colleges (HCBUs) to become a predominantly white institution. The college was opened in 1895 as the Bluefield Colored Institute after the expansion of the Morrill Act in 1890 to provide funding for African American colleges from the sale of public lands. US Senator William Mahood of West Virginia helped to pass the bill that funded its creation.

In the 1880s and 1890s the area of southern West Virginia became heavily populated with blacks who migrated there for coal mining jobs. Although most black students attended poorly funded segregated public schools or did not attend school at all, African American leaders in the region believed that the Colored Institute would provide badly-needed training and would help elevate the status of their community.

In 1906 Bluefield Colored Institute became certified for teaching, and by 1929 it offered courses in other areas as well. The enrollment also grew from 40 students in 1906 to over 200 in 1920. The Institute was renamed Bluefield State College in 1943 and was accredited in 1947.

Bluefield State College remained a black institution until the 1954 US Supreme Court ruling in Brown v. Board of Education. West Virginia political leaders, unlike their counterparts in the rest of the South, began making plans for integrating the public colleges. Due to its location in the Southern section of the state—which had no nearby white colleges—the region’s white students began to enroll at Bluefield. Attracted by low tuition and motivated to attend college to enhance their skills because of the loss of mining jobs, white students by the 1970s comprised a majority of the College’s students.

Through the 1970s, the faculty and administration remained predominantly black but in the 1980s and 1990s, the faculty, administration, and student body became mostly white. By 1998 there were no African American members of the faculty, and black students were only eight percent of the entire enrollment of 3,506 students—the lowest percentage since the institution’s founding in 1895.

Black community leaders in the region have started a campaign to return the school to its original mission: to educate black students in southern West Virginia. They note that Bluefield State was once a symbol of pride and strength for African Americans across the state. Other faculty and students have led protests to challenge the recent curriculum and enrollment changes, citing the cultural diversity that the school has lost. In response Bluefield State has created community outreach programs to target the (often black) disadvantaged youth within the area. They have also created programs on campus in order to promote academic success and pride in one’s culture. The debate continues over Bluefield’s future as a racially diverse institution.