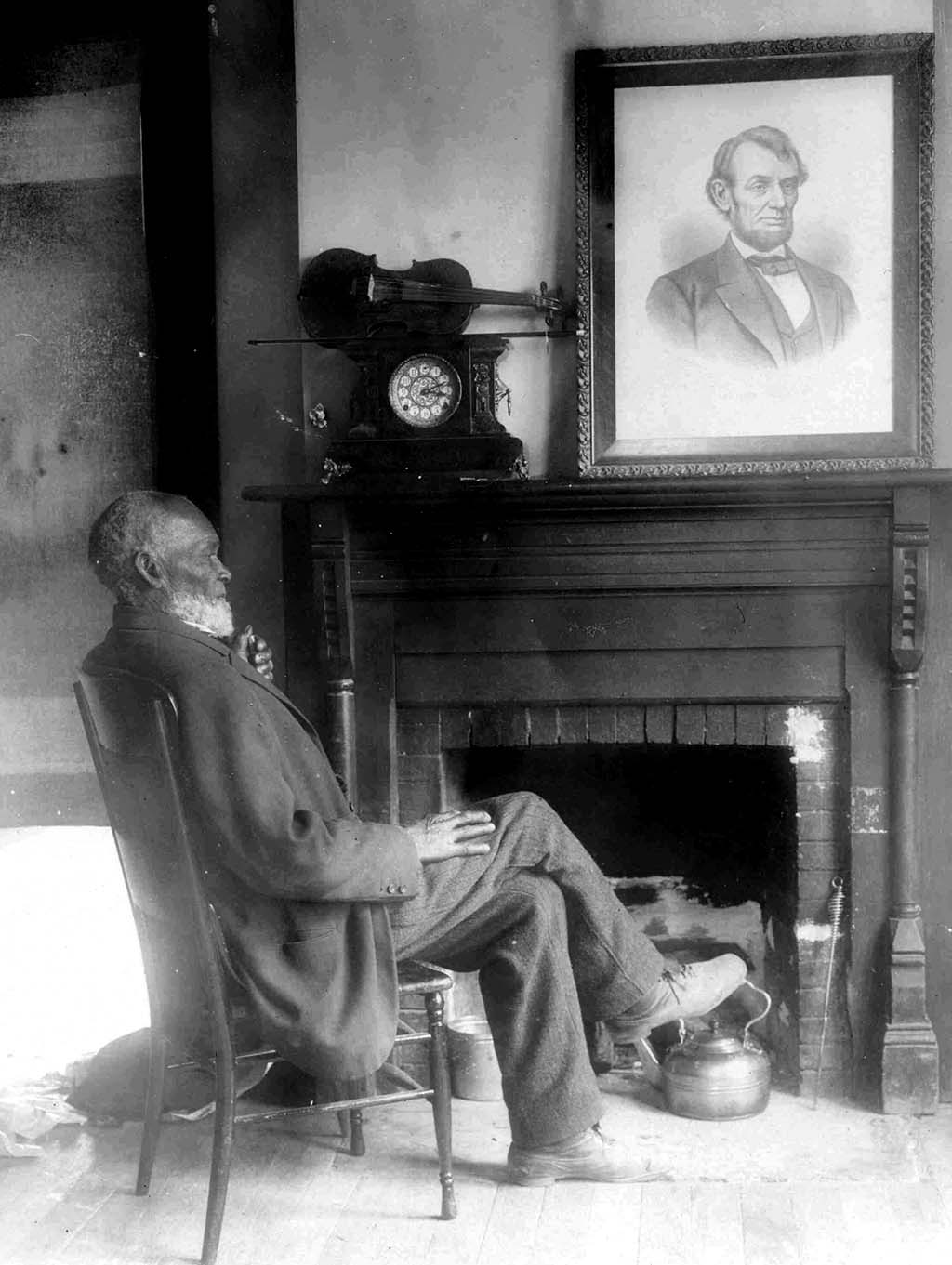 Beginning with the Exclusion Law of 1844 enacted by the provisional government of the region, Oregon passed a series of measures designed to ban African American settlement in the territory.  Historian Elizabeth McLagan describes those laws in the article below.

The first exclusion law was passed in 1844 by the Provisional Government of Oregon, the temporary governing political structure set up by the first American settlers to reach the region over the Oregon Trail.  This first law included a ban on slavery and a requirement that slaveowners free their slaves.  African Americans who remained in Oregon after their freedom was granted, however, would be whiplashed and expelled. If they were caught again in the Territory within six months, the punishment would be repeated.  This law was amended to substitute hard labor for whiplashing, and was repealed in 1845, before it could take effect.

In 1849 another exclusion law was passed.  This one allowed black residents already in Oregon to remain, but banned further African American in-migration. Ship owners were responsible for their black crew members and could be fined $500 if the crew member jumped ship and remained in Oregon.  In this second version, African Americans would be arrested and then ordered to leave.  This law was in effect until 1854, when, in a general housekeeping act, it was repealed.  Later attempts to reintroduce it suggest that this repeal was accidental.

In 1857, when a constitution was written in anticipation of statehood, a third exclusion clause was inserted, prohibiting new in-migration of African Americans, as well as making illegal their ownership of real estate and entering into contracts.  They were also denied the right to sue in court.  This clause, Article 1 Section 35, was subject to popular vote, as was the adoption of a ban on slavery and the entire constitution.   The exclusion clause received more popular votes than the approval of the constitution or the ban on slavery.  Although enabling legislation was never passed and the clause was voided by the14th and 15th Amendments passed after the Civil War, the ban remained a part of Oregon’s constitution until it was finally repealed in 1927.

Oregon was largely settled by white immigrants who emigrated with their values and prejudices. Passing exclusion laws in an area far removed from sectarian conflict, the majority argued for the freeing and removal of slaves brought to Oregon Territory and favored the avoidance of the race problem altogether through this means.

Jesse Applegate, who supported the repeal of the exclusion law in 1845 and opposed its inclusion in the state’s constitution, believed that many immigrants to Oregon, especially those less well-off, had strong prejudices against African Americans, whether slave or free.  Born in Kentucky, he later lived in Missouri and came to Oregon in 1843. In 1878 he recalled, “Being one of the ‘Poor Whites’ from a slave state I can speak with some authority for that class—Many of those people hated slavery, but a much larger number of them hated free negroes worse even than slaves.”

Peter Burnett, another influential immigrant, championed Oregon Territory as a place with many opportunities to start afresh and escape the problems of the eastern region.  His letters from the territory were often published in newspapers, and in one he argued, “The object is to keep clear of this most troublesome class of population.  We are in a new world, under most favorable circumstances, and we wish to avoid most of these great evils that have so much afflicted the United States and other countries.”  He later attempted to justify this law, arguing that emigration was a privilege, not an inherent right, and not a violation of constitutional rights. Since African Americans could not vote, he reasoned, it was best to deny them residence as well.

A third contemporary reason offered for excluding African Americans from Oregon was the perceived fear that Native Americans and African Americans might make common cause against whites.  Samuel Thurston, delegate to Congress in 1850, detailed a scenario in which African Americans would intermarry with, civilize, and educate Native Americans, creating a strong coalition against white power.  “Long and bloody wars” would be the result, and therefore “the principle of self preservation…justifies the action of the Oregon Legislature.” Whether due to imported racism, a desire to avoid problems, or fears of an anti-white alliance, Oregonians elected to secure their state against racial issues by exclusion.

It is impossible to determine how many African Americans avoided Oregon because of the exclusion laws and the climate of prejudice they mirrored, but evidence suggests that, in at least three cases, African Americans of means were directly affected by these laws.

George Washington Bush, a wealthy man of color who had left Missouri because of prejudice, deliberately avoided the southern section of Oregon Territory and in 1844 settled in the wilderness north of the Columbia River where the exclusion law could not be enforced. Washington was organized as a separate territory in 1853, and Bush was free to stay.  Among the tiny population of Oregon’s early African American settlers were two entrepreneurs who were specifically targeted for exclusion.  Jacob Vanderpool, who owned three businesses in Salem, was expelled in 1851, and the same year a Portland merchant, O.B. Francis, was arrested.  Although he was freed, he moved to British Columbia in 1860.  Thus, African Americans of means, who might have made distinguished contributions to their own community and to Oregon, were forced or chose to go elsewhere because of the racist laws they encountered.

Oregon’s constitutional exclusion clause proved resistant to repeal efforts. Anecdotal evidence suggests that African Americans coming from the South, where state law trumped federal law, saw the exclusion clause as at least an implied threat to their liberty, and so Portland’s black community lobbied hard for its removal.   Beginning in 1893, a repeal resolution was introduced in the state legislature. Stalled until 1900, the repeal clause was finally submitted to the voters, where it was defeated by a small margin.   Repeal resolutions were passed in 1901, 1903, and 1915 and one was narrowly defeated in the election of 1916.  The Oregon Voter, a non-partisan paper, had this post-election comment: “Ignorance there was, no doubt, but the race prejudice was reflected nevertheless, and to our knowledge many voted ‘NO’ in a spirit of protest, realizing full well that the vote could have no effect on the citizenship status of the negro.” After another eleven years, the amendment was approved and in 1927 the exclusion clause was finally removed from Oregon’s constitution.