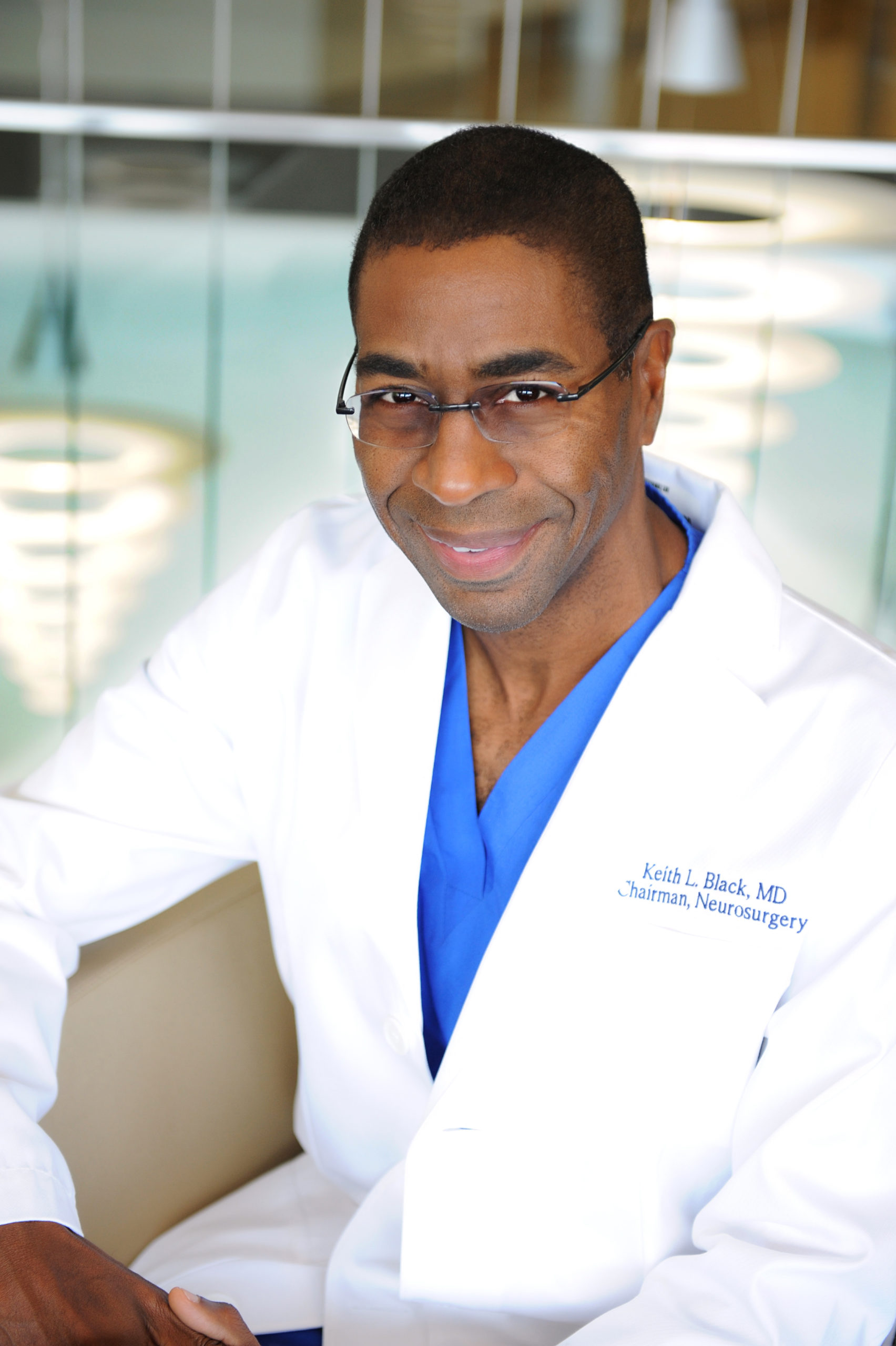 Dr. Keith L. Black is one of the world’s premier neurosurgeons. Black was born in Tuskegee, Alabama, on September 13, 1957 to Robert Black, an elementary school principal, and Lillian Black, a schoolteacher. At an early age, his parents cultivated his interest in science and, by eight years old, he dissected a cow’s heart. When he was only seventeen, Black performed his first artificial organ transplant using a laboratory dog and authored his first scientific paper that focused on the effects of artificial heart valves on red blood cells. His work received national recognition. Soon afterwards, Black entered the University of Michigan’s accelerated program where he earned both a bachelor’s degree and a doctorate in medicine in just six years. In 1981, at age 24, he completed his internship and residency at UM and continued to research brain and human consciousness to better treat brain tumors.

In 1987, Black relocated to Los Angeles, California and headed the Comprehensive Brain Tumor Program at the UCLA Medical Center. In 1991, he was awarded the Ruth and Raymond Stotter Chair in the Department of Surgery. In 1997, he served as director of the neurosurgery division (now Maxine Dunitz Neurological Institute) at Cedars-Sinai Medical Center, just four miles east of UCLA. A year later, he took a position as a professor and chairman of the Neurological Surgery Department at the University of California-Irvine Medical School. While continuing his work at Cedars-Sinai, he opened a brain tumor research center named in honor of his famous late friend and former patient, Johnny L. Cochran Jr., in 2007. By the turn of the century, Black performed an estimated 250 to 300 brain surgeries per year and, by 2010, had operated on more than 5,000 brain tumors.

As a pioneer researcher and surgeon, Black published hundreds of scientific papers and developed schemes to open the blood-brain barrier to better allow chemotherapeutic drugs into the tumor. Much of his published work focused on his groundbreaking discovery of a natural body peptide called bradykinin that assists in fighting tumors. Also, he perfected an innovative technique that extracted cultured and genetically modified tumor cells and injected them back into the patient as a vaccine.

Black received much recognition and praise for his stellar achievements. Time magazine featured him and other cutting-edge physicians on its 1997 special edition cover, “Heroes of Medicine.” He also appeared on the cover of Newsweek International. In addition, Black has been profiled in other periodicals including Esquire, Discover, and Essence. The cable news network CNN nominated him as a “Medical Marvel.” Listed in Who’s Who in Medicine and Healthcare, he has been a fellow in the American Association of Neurological Surgeons.

For the past six years, Black has focused his attention on combating Alzheimer’s disease after his mother died from the malady in 2012. He currently lives in Los Angeles with his wife Carol Bennett, who is also a medical doctor. They have two sons.