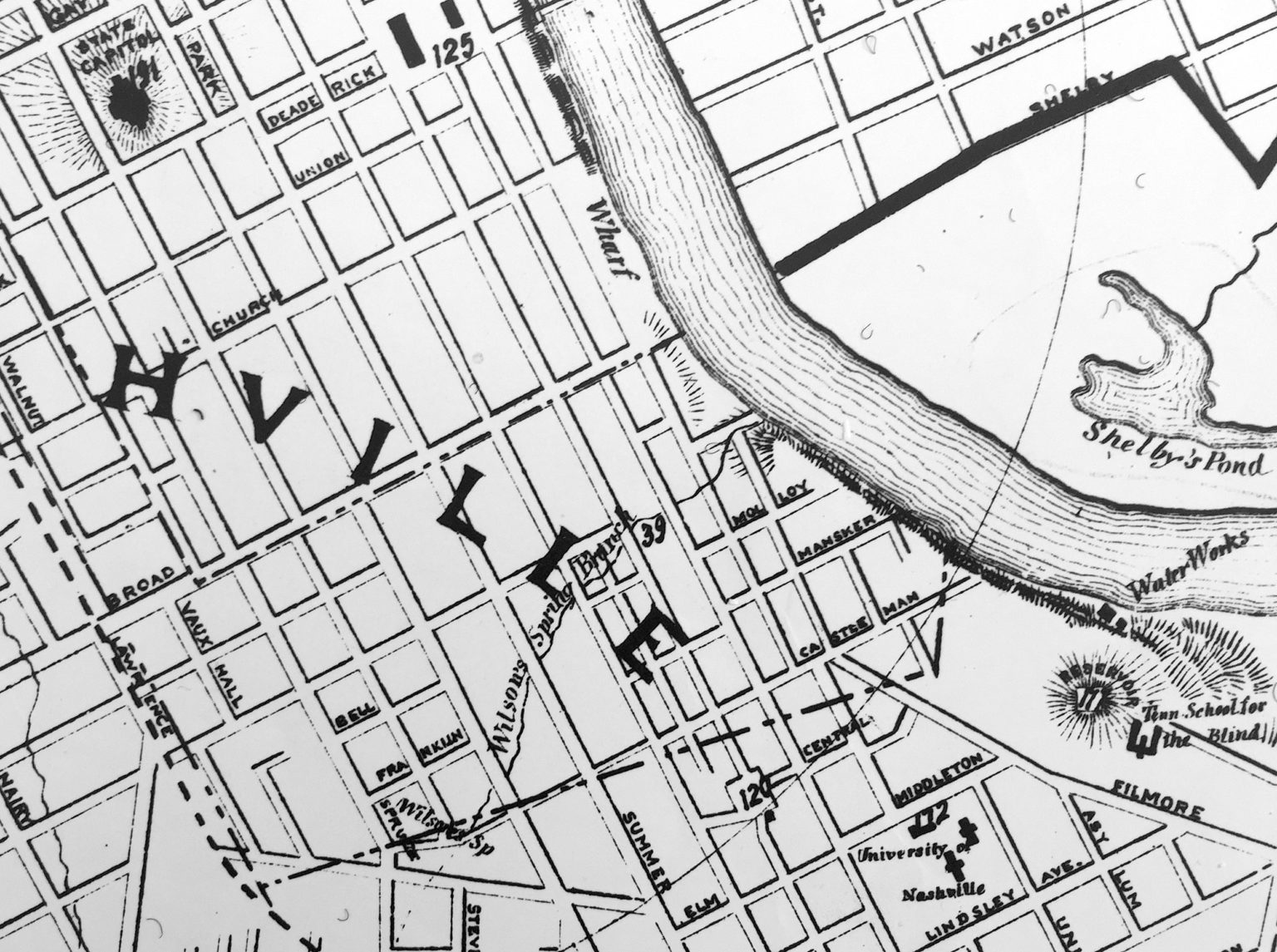 Black Bottom was a neighborhood near what is now downtown Nashville where African Americans once resided. The area got its name from the periodic floods of the Cumberland River that left muddy residue on the streets. Black Bottom came into existence around 1832 as a neighborhood of inexpensive houses occupied by impoverished local whites who were mostly European immigrants. The area also included some enslaved and free blacks who worked as artisans, cooks, valets, laborers, and servants. The free blacks in the area competed with the European immigrants for semi-skilled and skilled jobs. That competition and general racial prejudice would lead to the city’s first race riot in December 1856.

The 1862 occupation of Nashville by Union troops during the Civil War led to an influx of fugitive slaves from surrounding areas in Tennessee who sought the protection of the U.S. government. The influx dramatically increased the area’s population density and made Black Bottom a deplorable slum with numerous saloons, brothels, and overcrowded and increasingly dilapidated buildings. Many of the community’s new residents were illiterate and most of the children didn’t attend Nashville Public Schools.

As late as 1870, Black Bottom still had a white majority, 1,844 whites and 1,649 blacks but by 1880 the black population outnumbered the whites who began to move out of the community. Blacks, however, established institutions that solidified the area as an African American enclave. By 1880 Black Bottom had the Saint Paul African Methodist Episcopal (AME) Church. In 1883, Pearl High School, one of the first black public high schools in the nation, was built on Fifth Avenue North.

By 1900 Black Bottom was the center of African American commercial life. Most of the black businesses including an ice cream factory, clothing stores, a beverage bottling company, and funeral homes were all situated in the community. The area also housed Meharry Medical College, Mercy Hospital, Millie Hale Hospital and Hubbard Hospital. Nonetheless, throughout this period local Black Bottom residents complained to city officials of the deplorable conditions in their community.

After World War II, low income housing projects were built in east, north, and west Nashville which allowed African Americans to move out of Black Bottom. By the 1950s urban renewal projects and the expansion of downtown Nashville forced many black businesses and churches to close and pushed other black residents out. By 1960 Black Bottom no longer existed as an African American community.