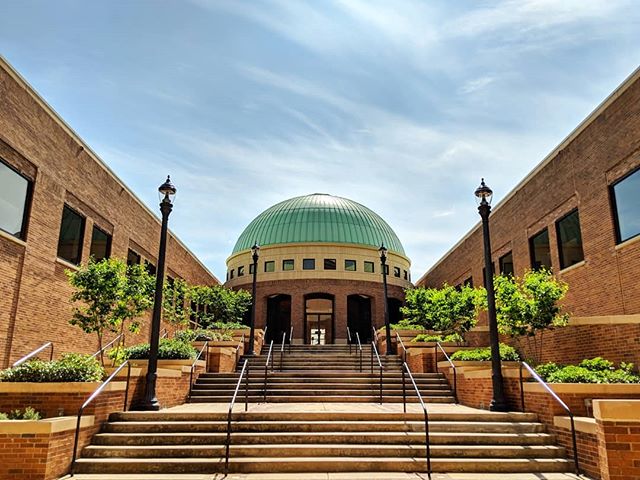 In the account that follows, Lawrence J. Pijeaux, Jr., the President and CEO of the Birmingham Civil Rights Institute describes the museum’s origins in the powerful and poignant story of the struggle for racial justice in Alabama’s largest city in the 1960s.

In the late 1970s and early 1980s, a group of black and white Birmingham citizens had a dream: to take the lessons learned and victories gained during Alabama’s Civil Rights Movement and create an educational and research center that would influence the struggle for human rights all over the world.  Why Birmingham as the location for such an institution?  In the 1950s and 1960s, Birmingham was the scene of some of the greatest resistance to racial desegregation in America.

In 1956, a group of black ministers, under the leadership of Rev. Fred L. Shuttlesworth, organized the Alabama Christian Movement for Human Rights (ACMHR).  The group believed a more direct, nonviolent attack on racism was necessary.  Birmingham was the place where an undaunted desire for equality and unfailing commitment to nonviolence were met with hostile jeers, degrading intimidation, vicious dogs, fire hoses and bombs.  However, the quest for freedom and equality persevered.  The story of the ministers, their churches and congregations—the foot soldiers of the Movement—are told collectively throughout the galleries of the Birmingham Civil Rights Institute.

In 1992, after almost a decade of thoughtful planning and coalition building, the Birmingham Civil Rights Institute (BCRI) opened its doors.  It was strongly supported by the City of Birmingham, by almost every major business in the city and hundreds of committed individuals of all races.  An impressive building, designed by architect Max Bond of New York, the Institute stands at the corner of Sixteenth Street and Sixth Avenue North, the anchor in Birmingham’s Civil Rights District.

This well-manicured heritage tourism area includes the Sixteenth Street Baptist Church, where four young girls were killed when Klansmen planted a bomb there in 1963; Kelly Ingram Park, where most of the confrontations took place and commemorative statues now stand like sentinels; the Fourth Avenue Business District, Birmingham’s historic African-American commercial district; and the historic Carver Theatre, home of the Alabama Jazz Hall of Fame. The Civil Rights District is a key component in the City of Birmingham’s Master Plan.

BCRI has built award-winning exhibits, secured national and international recognition as a leading source of civil rights information, developed a nationally important oral history project, and hosted comprehensive educational programs and conferences, many in collaboration with leading community organizations.  The Institute brings to life both the anguish and the accomplishments of the long march to freedom through interactive, multi-media exhibits, and an impressive oral history collection that records first-hand accounts from over 465 of the Movement’s courageous followers and celebrated leaders–and is still growing.  In July 2005, BCRI was accredited by the American Association of Museums becoming only the second African American specific, non-profit fully accredited museum in the country.

The Institute’s mission is to promote civil and human rights worldwide through education. BCRI serves as a national center for education and professional development on the American Civil Rights Movement and is one of the country’s top heritage-tourism sites.  Its galleries are filled daily with schoolchildren and scholars of all ethnic groups and visitors from across the country and throughout the world, in addition to Alabama residents.  The Institute has, in fact, proven to be a major destination attraction for Birmingham and Alabama: over 1,700,000 people have visited since it opened.  According to surveys conducted by the Alabama Bureau of Tourism and Travel, an overwhelming majority of visitors to the Institute traveled to Birmingham specifically to tour the Institute—over 95%.  In the 14 years since it opened, the Institute has had an enormous positive impact on the local and statewide economy, contributing almost $20 million annually. This figure includes $5.7 million in direct spending by visitors; $12.4 million in ripple economic impact; and $1.8 million in salaries and direct purchases by BCRI.

Birmingham, Alabama today is a city transformed by social progress, a city whose businesses and institutions thrive, in part, because of its diversity.  It is a city strengthened by the process of reconciliation—a city that has endured.  The Birmingham Civil Rights Institute tells the story of that transformation.