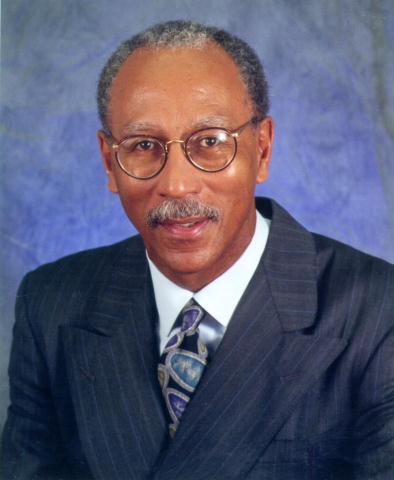 Born on November 24, 1943 in Washington, D.C, David Bing was a skilled point guard in the National Basketball Association (NBA).  His mother was a homemaker and his father was a bricklayer who founded a construction company.

Dave Bing played with the Detroit Pistons, Washington Bullets, and Boston Celtics, however he is remembered most for his play with the Pistons from 1966 to 1975. During his time with the Pistons he claimed rookie of the year honors in 1966 and led the league in scoring the following year with an average of 27.1 points per game.

Bing was a three-year letter winner at Spingarn High School in Washington, D.C. and following his senior season was named a Parade Magazine All-American. He would go on to attend Syracuse University, partially out of doubt in his own skills and the belief that attending a school without basketball superstars would allow him to stand out more. Bing’s strategy apparently worked since he became the first consensus All-American from Syracuse in 39 years, following his senior season. Bing was also named Syracuse Athlete of the Year and his number 22 has since been retired.

Following his college career he was selected as the first round pick of the Detroit pistons and would go on to play twelve seasons in the National Basketball Association, earning a trip to the NBA All-Star game seven times. His number 21 has also been retired by the Detroit Pistons. Bing retired after the 1977-78 season, his lone season with the Boston Celtics. Following his NBA career Bing was inducted into the Hall of Fame as well as named to the 1996 list of the 50 greatest NBA players of all time.

Dave Bing has since gone on to become a successful business man.  He developed his business talent working in the off season in the NBA for the National Bank of Detroit, where he rose from teller to branch manager.  Bing also worked at Paragon Steel, the company of Piston’s owner, Bill Davidson.  In 1980, starting with personal savings of $80,000 and a $250,000 loan, he formed Bing Steel, the first of a series of small companies collectively called the Bing Group, which provided services for Detroit area automakers.  In 1995 Bing created Bing Manufacturing which supplied metal stampings and parts for the major automobile companies.  The Bing Group, one of the largest African American owned manufacturing firms in the nation, has over 1,100 employees and had nearly one billion in sales in 2007.  Bing is a member of Sigma Pi Phi fraternity.