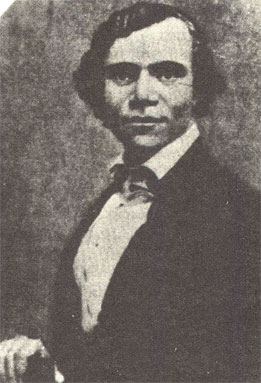 Henry Walton Bibb was the eldest of the seven male children of Mildred Jackson. Henry was told that his father, whom he never met, was a man named James Bibb. He grew up in bondage in the Deep South, and claims to have been owned by seven people including a Cherokee Indian. Bibb frequently attempted escape throughout his slavery years until he succeeded in emancipating himself in 1842 after the death of his owner. Once his freedom was assured, he assumed an active role in the abolitionist movement in Michigan and New England. In 1848 Henry Bibb married Mary Miles, a woman from Boston, Massachusetts whom he met at an anti-slavery convention in New York City, New York. Mr. Bibb is best known for his eloquent autobiography, Narrative of the Life and Adventures of Henry Bibb, An American Slave, which was published in New York in 1849.

After the fugitive slave law was enacted in 1850, Bibb emigrated to Ontario, Canada with his wife for fear of being enslaved for a second time.  In Canada, Bibb and his wife helped to establish a Methodist Church and a day school that Mary Miles Bibb operated.  In January 1851, Bibb published the first copy of his bimonthly abolitionist newspaper, Voice of the Fugitive. He used the paper to organize abolitionists in an attempt to help other African Americans immigrate to Canada.  Bibb was instrumental in organizing the Refugees’ Home Society that had by his death in 1854 purchased almost 2000 acres of land and allocated 25 acre plots to 40 immigrants.