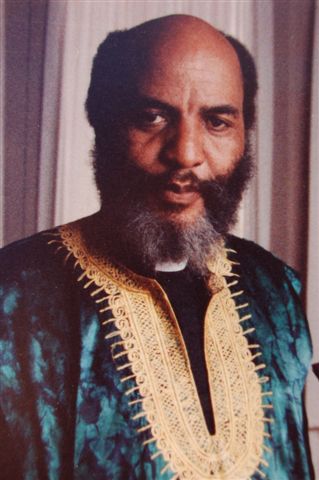 James Bevel was one of Martin Luther King, Jr.’s most trusted advisors during the American Civil Rights campaigns of the mid-20th century.  Bevel was born on October 19, 1936 in Itta Bena, Mississippi. During his childhood years, he resided in both Itta Bena and in Cleveland, Ohio working as a plantation laborer in the Mississippi town and as a steel mill worker in the Ohio metropolis.

In 1957 Bevel attended the American Baptist Theological Seminary in Nashville, Tennessee. Bevel dropped out of the seminary in 1961 to work in the civil rights movement. He also attended Highlander Folk School during this time where he met several other prominent civil rights leaders including his future wife, Diane Nash.
Bevel’s civil rights activism began in 1960 when he joined the student sit ins in Nashville. One year later he participated in the Freedom Rides across the Deep South.  In 1962 Bevel met Dr. Martin Luther King, Jr., and joined King’s Southern Christian Leadership Conference (SCLC) as Director of Direct Action Campaigns and Director of Nonviolent Education.

By the 1963 Birmingham, Alabama campaign Bevel had become a trusted aide of King.  As that campaign faltered in the spring months, Bevel persuaded King to utilize middle and high school students in their protests in what would be called the Children’s Crusade.  When city officials learned these young protesters planned a march on May 2 from the 16th Street Baptist Church to the Mayor’s office, Birmingham Police and Fire Commissioner Eugene “Bull” Connor ordered the used of police dogs and fire hoses to stop the march.  The subsequent scenes led to national and international condemnation of both the violence and Birmingham’s pattern of racial segregation.  Soon afterwards, partly at the urging of President John F. Kennedy, city officials began negotiating to end the grievances that had prompted the demonstrations.

Bevel worked with King in Selma in 1965 and Chicago in 1966.  Like King, Bevel opposed the Vietnam War and became a leader in the anti-Vietnam War protests in the late 1960s. In 1967, for example, he helped organize protest marches on both the United Nations building in New York City and the Pentagon.

Bevel was also present at Dr. King’s assassination on April 4, 1968. Bevel believed that James Earl Ray, who was convicted for the assassination, was innocent and supported an unsuccessful campaign to reopen the Ray case.

In the late 1980s and 1990s Bevel began to lose credibility in the civil rights community when he became a supporter of President Ronald Reagan and fringe political activist Lyndon LaRouche.  In 1992 he was LaRouche’s Vice Presidential Candidate when LaRouche ran for President.

Bevel’s public career came to a disturbing end when he was accused of incest in 2007. During the trial it was revealed that he had molested numerous family members and that he had fathered 16 children with seven women. In August of 2008 he was convicted on incest charges and sentenced to 15 years in prison. He was granted an appeal bond six weeks prior to his death from pancreatic cancer on December 19, 2008 in Springfield, Virginia.