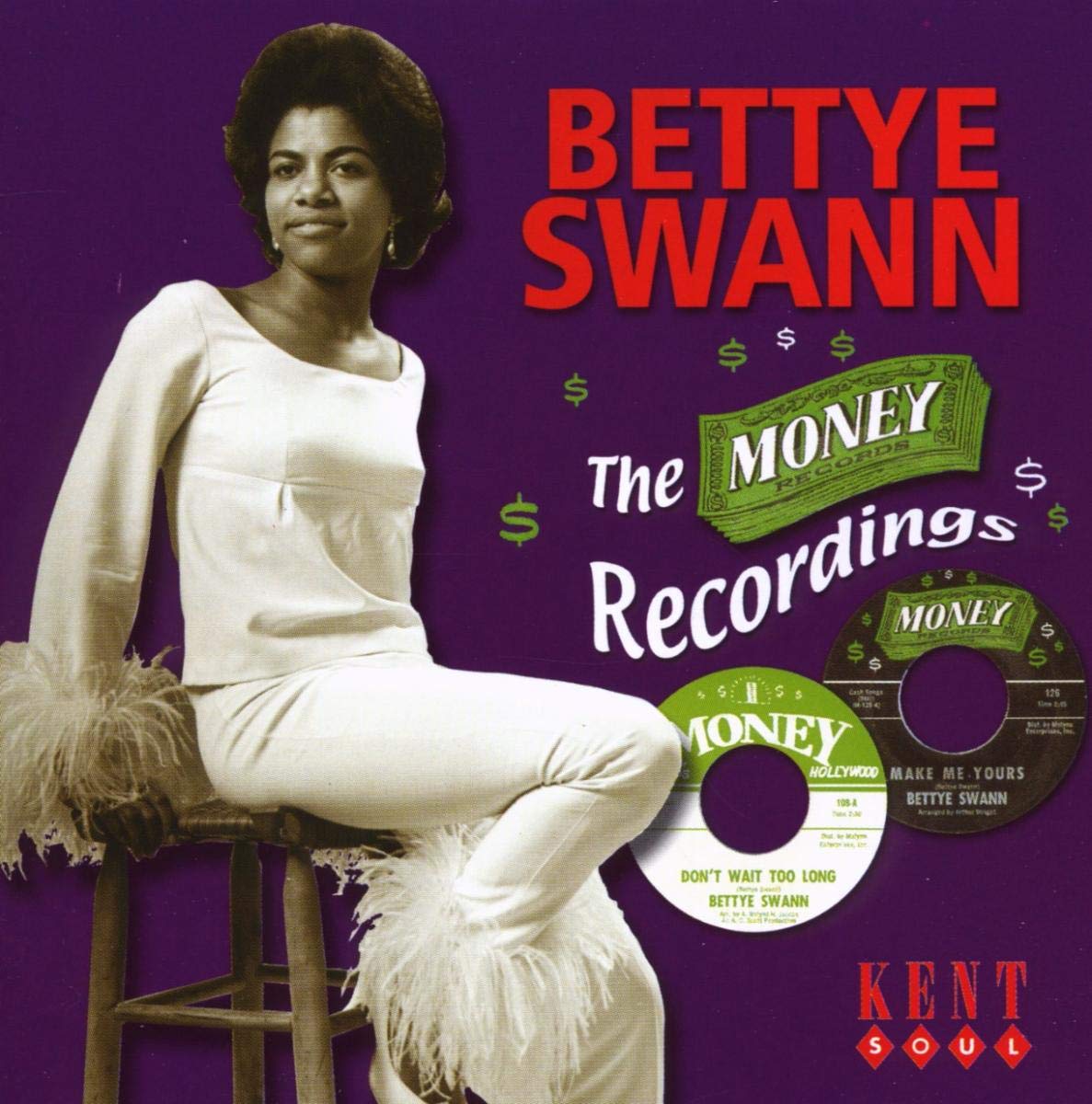 Bettye Swann is a popular American soul singer known for the hit song “Make Me Yours.” Born Bettye Jean Champion in Shreveport, Louisiana, on October 24, 1944, she was one of 14 children. As a teen Champion sang in a local group. At the age of 19 she moved to Los Angeles, California, to reside with one of her siblings in 1963.

While in Los Angeles Huey Harris, a songwriter, recognized Swann’s potential as a singer and informed her about Al Scott from Money Records. In 1964, influenced by Scott, who would become her manager, Champion changed her name to Bettye Swann.

Swann signed with Money Records later in 1964 but her first record, “Make Me Yours,” was not released until April 1967. Written by Swann and produced by Arthur Wright, the single quickly rose on the Billboard R&B chart peaking at no. 1 on July 21, 1967 and no. 27 on the U.S. Billboard Hot 100. After releasing several additional singles, none of which charted, Swann left Money Records and fired manager Scott.

In 1968 Swann hired a new manager, George Barton, and moved to Athens, Georgia. She would later sign with Capital Records but could not generate another hit record. In 1971 Swann signed with Fame Records. Again, she met with little success.

In 1980 Swann gave her last concert. Later that year her husband and manager, George Barton, died.  With his death, Swann retired her musical career at the age of 36. From that point on she was known as Betty Barton and pursed a career in education in the Athens area.  She also became a Jehovah’s Witness.

Swann’s “Make Me Yours” is still popular and is often featured on compilations of R&B songs from the 1960s. Swann now lives in Las Vegas, Nevada, and has dedicated her life to helping others.