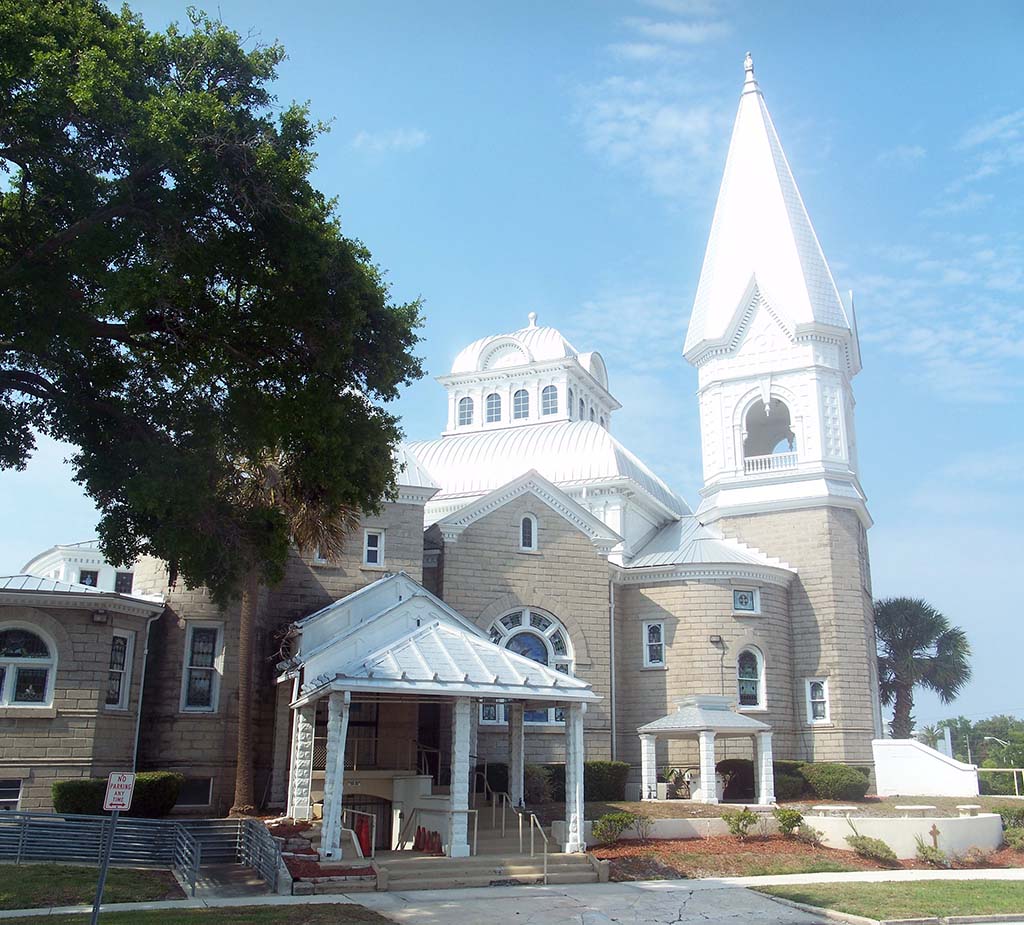 Bethel Baptist Institutional Church is the oldest Baptist church congregation in the state of Florida.  At the end of the Civil War, Bethel Baptist Church was recognized by the court in Jacksonville to be a black church, but the history of this church extends well beyond the 1860s to the 1830s and its initial founding.  Instituted in 1838 by James McDonald and Ryan Frier, who served as co-pastors, Bethel Baptist’s congregation numbered six charter members including two slaves called Bacchus and Peggy.  Church worship occurred at “Mother Sam’s” plantation.  Attended by growing numbers of slaves from local plantations who received day passes from masters in order to permit them to travel safely, Bethel Baptist flourished and grew steadily.

Bethel Baptist built a church structure at Duval and Newnan Streets in 1840 in Jacksonville.  As of 1861, the original church building had been sold and a new church edifice erected at Church and Julia Streets.  Shortly after completion of the new church building, the Union Army occupied the church and turned it into a hospital facility that served the wounded soldiers streaming into the city from the Civil War.  After the war, white members attempted to eject black members from the church congregation.  The black members objected and took the dispute to the local court which decided in their favor because they were the majority of the congregation.  This decision awarded the church building to the black congregation, as well as the name Bethel Baptist Church.  Bethel sold the old church building to the white former congregation members and built a new church facility.

In 1895, the church had grown to such an extent that a new building was required.  It featured an auditorium with seating for over 1,000 people, plus nine classrooms.  In May 1901, a fire swept through Jacksonville, and the new edifice succumbed to the flames.  At this time the building at the River Square at Hogan Street was constructed.  The church remains at that location today but is now called Bethel Baptist Institutional Church. Co-pastored by Bishops Rudolph W. McKissick, Senior and Junior, the Bethel Baptist congregation continues to thrive.  Church services include education and counselling programs designed to build strong families and communities.

Bethel Baptist’s global partnerships include churches in South Africa and Panama.  Bishop McKissick, Sr. has led Bethel Baptist Institutional Church for 60 years while his son, Bishop Rudolph McKissick, Jr. has served Bethel Baptist for 40 years and is now senior pastor.  Located at 1058 N. Hogan Street in Jacksonville, the church building, which was completed in 1904, was added to the National Register of Historic Places in 1978.  It is part of a complex of church buildings serving a congregation of more than 14,000 members.