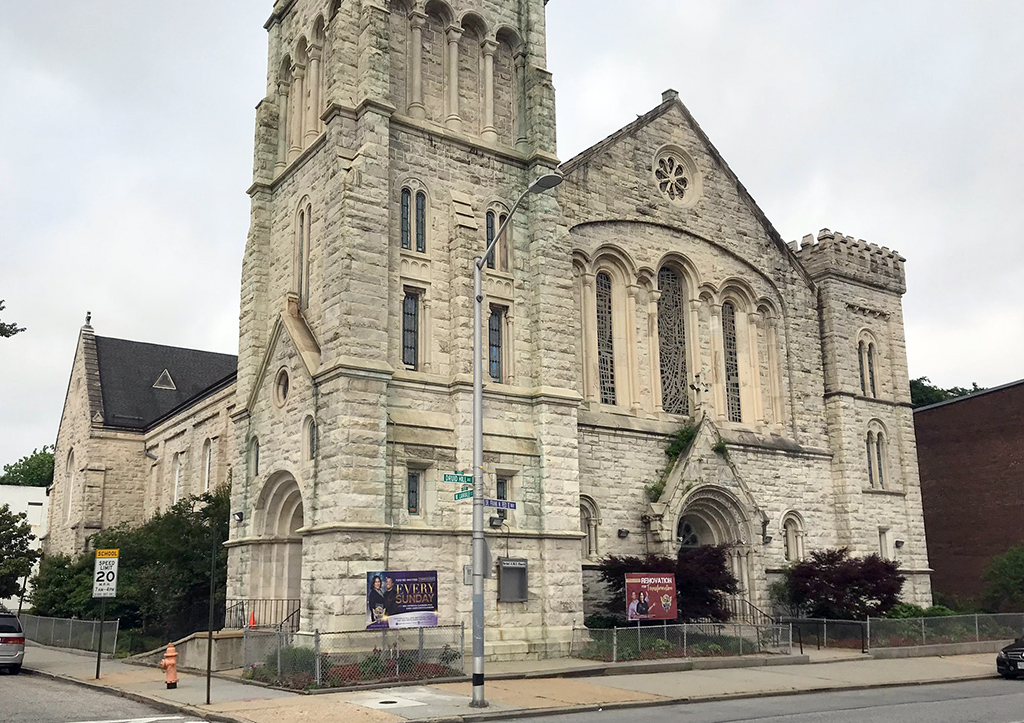 Bethel African Methodist Episcopal Church (Bethel A.M.E.), Baltimore lays claim to the designation as the oldest independent continuously operating African American church in the state of Maryland tracing its origins back to 1785 when a group of African Americans met at the Strawberry Alley meetinghouse. This is one of the three early Methodist congregations from which Bethel traces its roots.  The others are the Lovely Lane United Methodist Church and the Sharp Street United Methodist Episcopal Church.

In 1787 former Lovely Lane members Jacob Fortie and Caleb Hyland founded the “Colored Methodist Society” after disassociating themselves from Lovely Lane, due to issues surrounding black and white members worshiping in the same pews and taking communion together at the alter.

A third group of blacks worshipped at the Sharp Street United Methodist Episcopal Church which housed the African Academy, the first school in Baltimore designed to educate black students. Daniel Coker, lead teacher of the congregation from 1801 to 1817, also served as the school headmaster.  Eventually they withdrew from the Sharp Street congregation as it remained under the leadership of white clergy.

In 1818 Coker resigned and was replaced by the Reverend Henry Harden (1818-1824). Between 1818 and 1853 the congregation grew from 633 to over 1,500, making it at that point the largest black church in Baltimore. In 1865 Bethel members were instrumental in founding the Douglass Institute, a culture center named after the famed abolitionist Frederick Douglass.

This sense of social responsibility continued into the twentieth century. Reverend William Sampson Brooks, pastor from 1917 to 1920, for example, partnered with the Baltimore division of the Universal Negro Improvement Association (UNIA). This partnership yielded a historic meeting that took place at the church on December 18, 1918, which featured anti-lynching advocate Ida B. Wells-Barnett and UNIA founder and president, Marcus Garvey.

Reverend Harrison J. Bryant, pastor from 1948 to 1964 led the church in working closely with the Congress of Racial Equality (CORE) and the National Association for the Advancement of Colored People (NAACP) in challenging racial discrimination in Baltimore.  In 1964 Bryant and his congregation organized a demonstration of 4,000 protesters against local housing discrimination. Their march was, at the time, the largest civil rights protest in Baltimore’s history.

Since 1988, the 11,000-member Bethel A.M.E. congregation has been led by Reverend Dr. Frank Madison Reid, III.  Bethel remains a central institution within the Baltimore community, providing services to the surrounding areas and addressing issues such as health care, violence, and poverty.