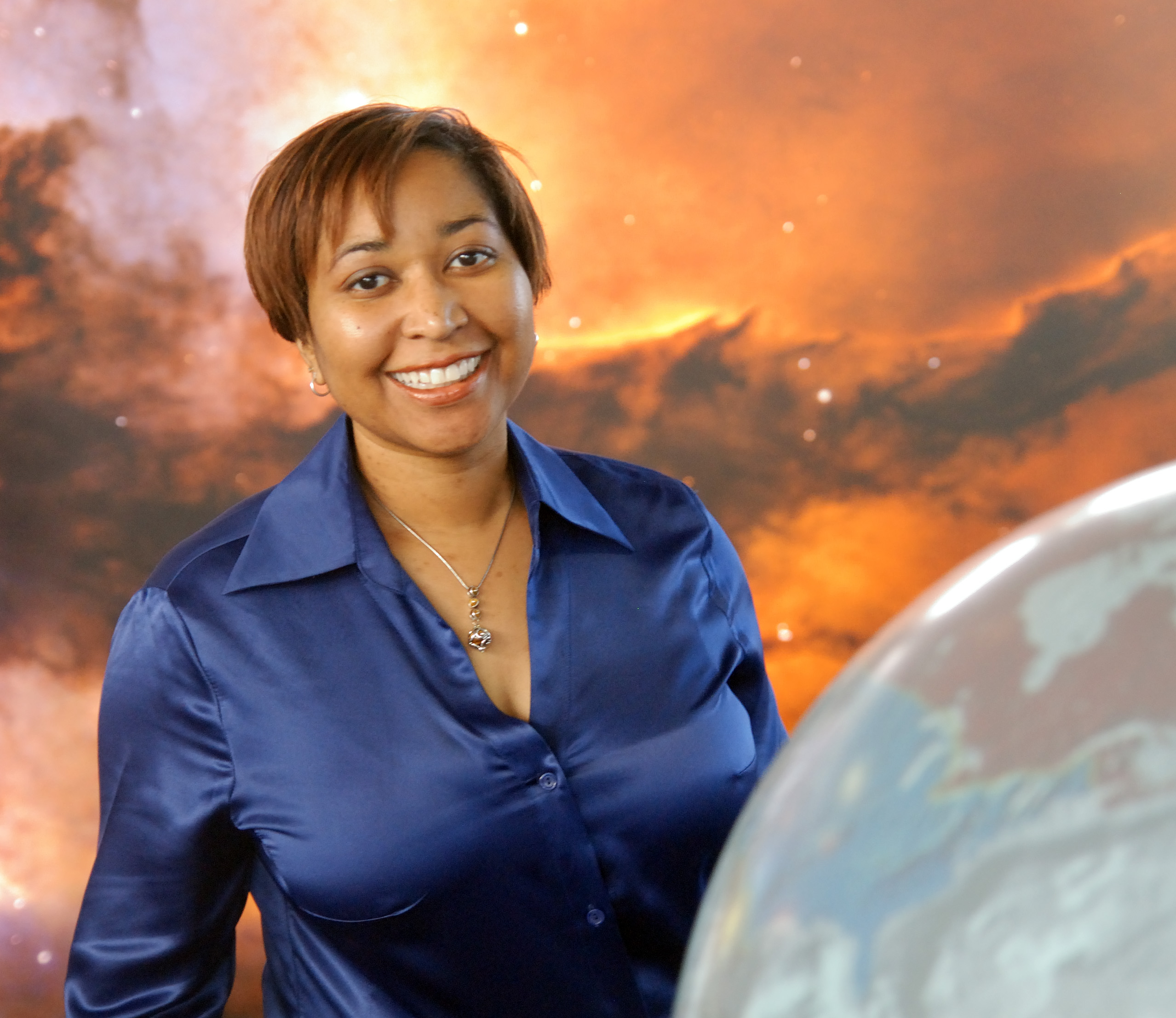 Beth A. Brown was an American astrophysicist and the first black woman to receive a Ph.D. in astronomy from the University of Michigan. Born on February 4, 1969, Brown grew up with her parents, younger brother, and an older cousin in Roanoke, Virginia. Her curiosity for science began with her childhood love for space shows and movies like Star Trek and Star Wars. In elementary and junior high, Brown began to explore these interests by participating in school science fairs. As she moved up to high school, she enrolled in advanced placement classes and played in the marching band. A defining impetus for Brown’s desire to pursue astronomy occurred during a class field trip to an observatory where she observed the Ring Nebula and fell in love with the stars. After graduating as class valedictorian in 1987, Brown attended Howard University in Washington D.C. where she would go on to make history in her academic scholarship and subsequent research.

During her time at Howard, Brown completed coursework in the astrophysics program while also playing the piccolo in the university’s “Showtime” marching band. With her proximity to NASA’s Goddard Space Flight Center, Brown participated in two summer internships where she gained relevant research experience. Unfortunately, she also discovered that her near-sighted vision and aversion to cramped spaces would not allow her to satisfy her dream of becoming an astronaut. In 1991, Brown graduated summa cum laude from Howard with a B.S. in astrophysics and then enrolled in the University of Michigan’s (UM) doctoral program in astronomy. Along with her studies, Brown engaged in numerous educational and instructional opportunities, including spending time at the Kitt Peak National Observatory in Arizona, developing and instructing courses like amateur stargazing, and working at a local planetarium. Brown obtained her M.S. in astronomy in 1994 and remained at UM to complete her doctoral thesis on elliptical galaxies. On December 20, 1998, she became the first African American woman to earn a Ph.D. in astronomy from the University of Michigan.

Following her doctoral studies, Dr. Brown returned to Goddard as a research associate on NASA’s National Academy of Sciences/National Research Council. This research position allowed her to continue her thesis work on x-ray emission from galaxies and eventually become an astrophysicist for Goddard’s National Space Science Data Center (NSSDC). Dr. Brown was passionate about educational outreach and her best-known venture was the Multi-wavelength Milky Way project that made data on our galaxy more accessible to the general public. She was always striving to elevate young women of color interested in science through mentoring and her involvement in the National Society of Black Physicists.

Dr. Beth Brown unexpectedly passed away from a pulmonary embolism on October 5, 2008 at the age of 39. Today, she is remembered for her contributions to the study of elliptical galaxies and the many students she inspired to continue in STEM.