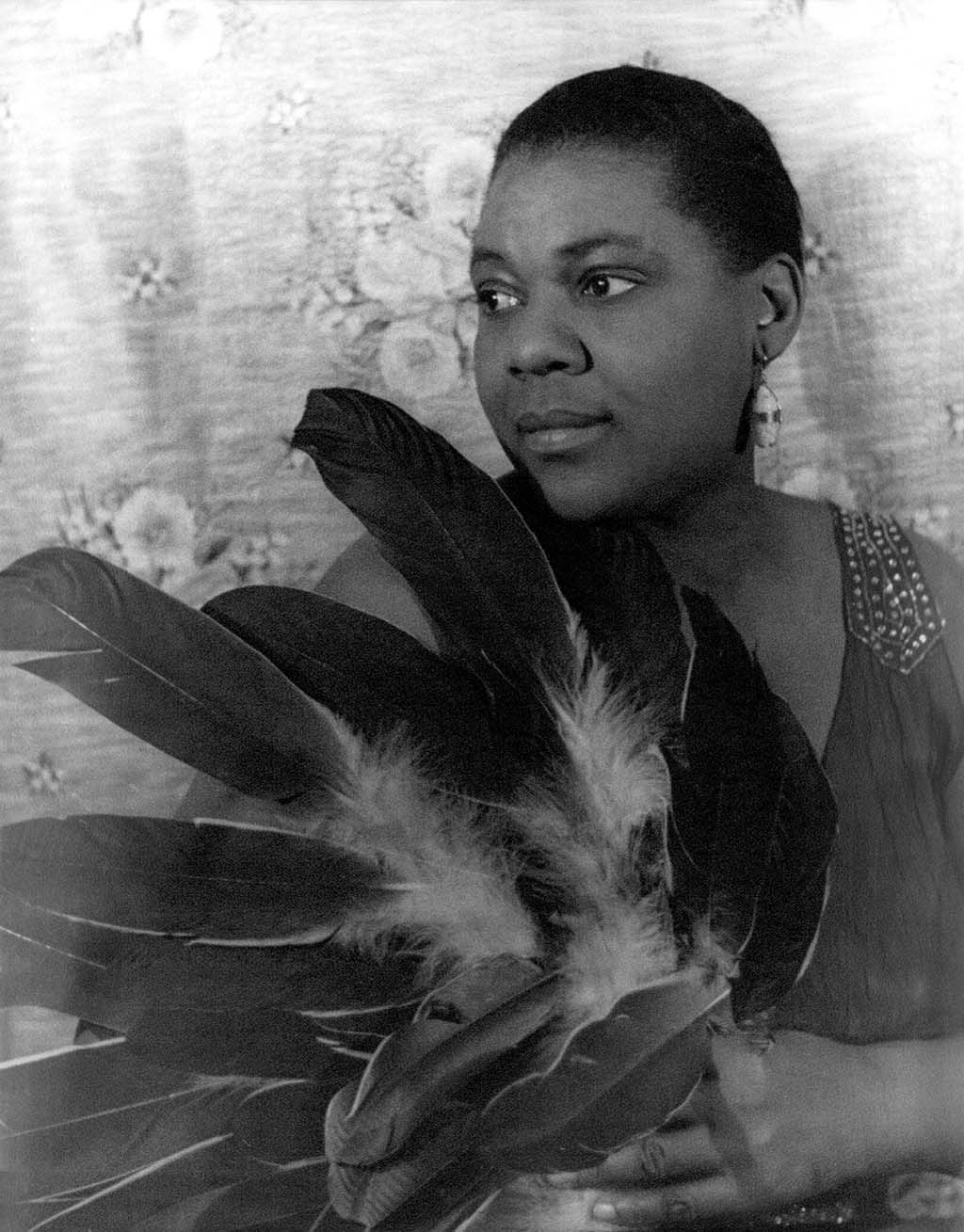 Bessie Smith was a jazz and blues vocalist whose powerful, soulful voice won her countless fans and earned her the title “Empress of the Blues.” Smith’s songs stressed classic blues subjects; poverty and oppression, love and betrayal; independence, sexual freedom, and stoic acceptance of defeat at the hands of a cruel and indifferent world. Her rich contralto voice and breathing exuded emotional intensity. As a result, her music was not accepted in all circles as she was considered rough and low class.

Smith was born Elizabeth Smith on April 15, 1894, in Chattanooga, Tennessee. Her father, William Smith, a Baptist minister, died soon after her birth, leaving her mother, Laura Smith to raise her and six siblings. Around 1906 her mother and two of her brothers died.  Smith’s older sister, Viola, took over care of the remaining siblings.

Due to extreme poverty Smith was unable to go to school and had to help support the family. Around the age of nine, she began to perform as a street singer, accompanied on the guitar by one of her younger brothers. In 1912 Smith began performing as a dancer in the Moses Stokes minstrel show, and soon thereafter with the Rabbit Foot Minstrels which included vocalist Ma Rainey who took Smith under her wing. Over the next decade, Smith continued to perform at various theaters and on the vaudeville circuit.

Smith eventually worked in chorus lines and made her home base the “81” Theater in Atlanta. By this point, she had become one of the major attractions in the black-owned Theater Owners Booking Association (T.O.B.A) and eventually a headliner.  By 1920 Smith had established a reputation in the South and along the East Coast.

On June 7, 1923, Smith married, Jack Gee, a security guard. Around the same time, she signed with Columbia Records which released her first single, “Down Hearted Blues.” It was later determined that the recording made her the first Black artist to have a million-selling record. Frank Walker handled her recording contract from 1923 through 1931 and helped launch her successful career of 160 titles including her most famous songs, “Tain’t Nobody’s Biz-ness If I Do,” “Careless Love Blues,” and “Nobody Knows You When You’re Down and Out.” Smith became the highest-paid Black musician of her day.

Despite her personal success, Smith’s marriage to Gee became tumultuous and often violent. Gee never adjusted to show business life and Smith’s bisexuality. They parted ways in 1929 with neither seeking a divorce.

Smith recorded with a variety of accompanists during her recording career including pianist Fletcher Henderson; saxophonists Coleman Hawkins, and trombonist Charlie Green. She recorded “St. Louis Blues,” “Cold in Hand Blues,” and “Careless Love Blues,” with Louis Armstrong in 1925.

Bessie Smith died at the age of 43, on September 26, 1937, in Clarksdale, Mississippi. She and close friend Richard Morgan were driving from a Memphis performance to Darling, Mississippi, for the next day’s show, when their car was involved in an accident resulting in Smith’s death.