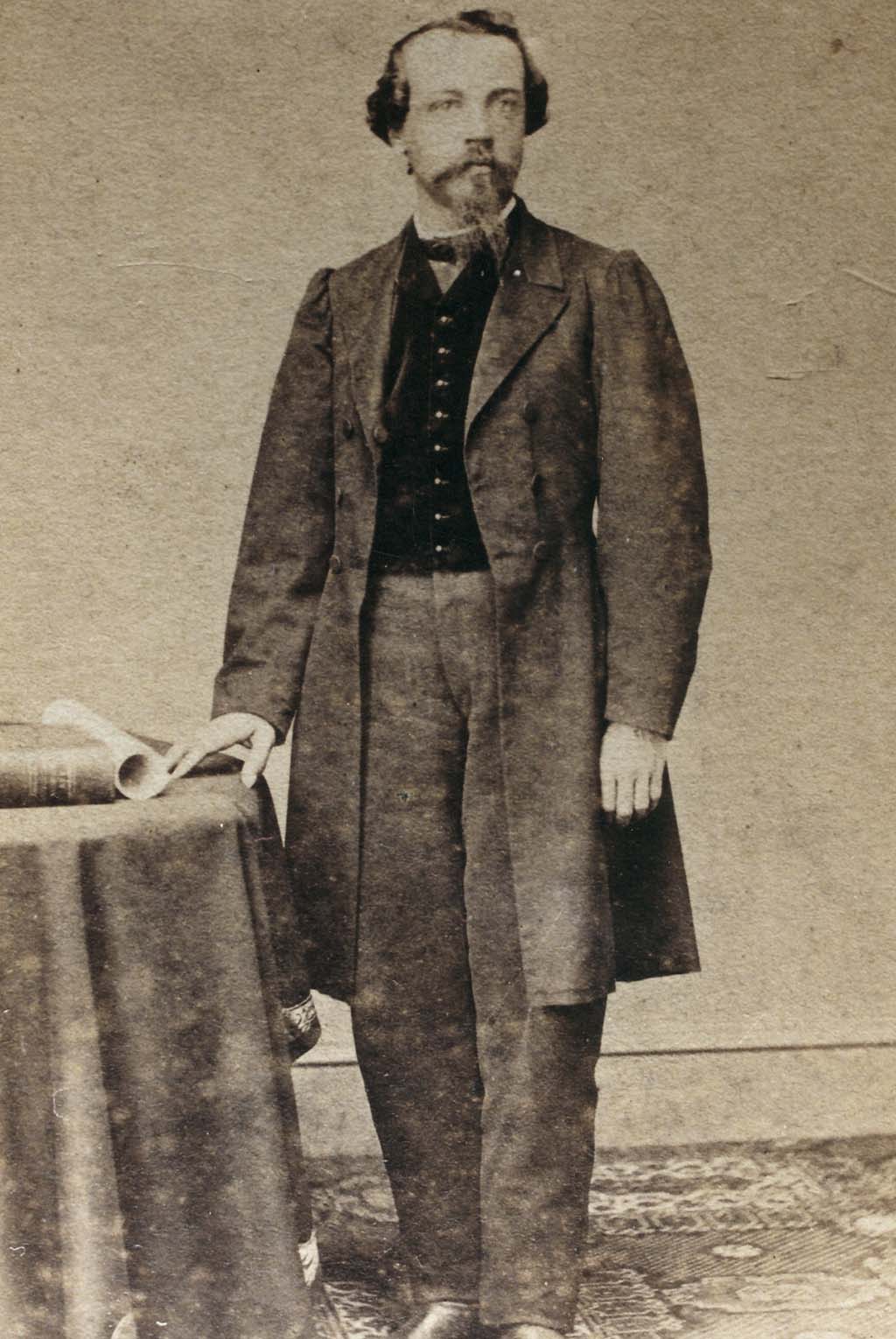 Arnold Bertonneau was a New Orleans wine merchant, black soldier, and is best known as one of the first African American participants in Louisiana’s Reconstruction period. Born in New Orleans sometime in 1834, in 1862-63, Bertonneau was a captain in the 1st Regiment of the Louisiana Native Guards. This volunteer black regiment originated in 1861 under the Confederacy and included only free blacks.  Once the Union Army occupied New Orleans in April 1862, the Native Guards were re-commissioned to serve in the Union as reinforcement troops.  They also now accepted runaway slaves. On May 27, 1863, the Louisiana Native Guards were among the first troops in the Battle of Port Hudson, Louisiana. Two months prior to this battle, however, Bertonneau resigned his commission in protest due to the mistreatment and misuse of his men.   Bertonneau returned to New Orleans and became a central figure in the campaign to win black suffrage.

The suffrage issue arose on December 8, 1863 when President Abraham Lincoln restricted the vote to white males only.  In response, Bertonneau led a petition campaign during which more than 1,000 signatures were gathered to allow those black men free before the Civil War to vote.  In April 1864, the petition was delivered to President Lincoln and Congress by Bertonneau and Jean Baptiste Roudanez. At the urging of Massachusetts Republican Senator Charles Sumner, the petition was transformed into a demand for universal black male suffrage in Louisiana.  Before returning to New Orleans, Bertonneau and Roudanez promoted universal male suffrage in Massachusetts at a dinner in their honor before a delegation of Radical Republicans and Massachusetts Governor John A. Andrew. After introductions, Bertonneau delivered his stirring speech “Every Man Should Stand Equal Before the Law.” On April 15, 1864, the speech was published in the abolitionist newspaper, the Liberator.

Bertonneau was a delegate to the Convention of Colored Men of Louisiana in 1865 and to Louisiana’s Constitutional Convention in 1867-68.  He was Louisiana’s Assistant Internal Revenue Collector in the early-1870s. E. Arnold Bertonneau died in Los Angeles, California on October 7, 1912.