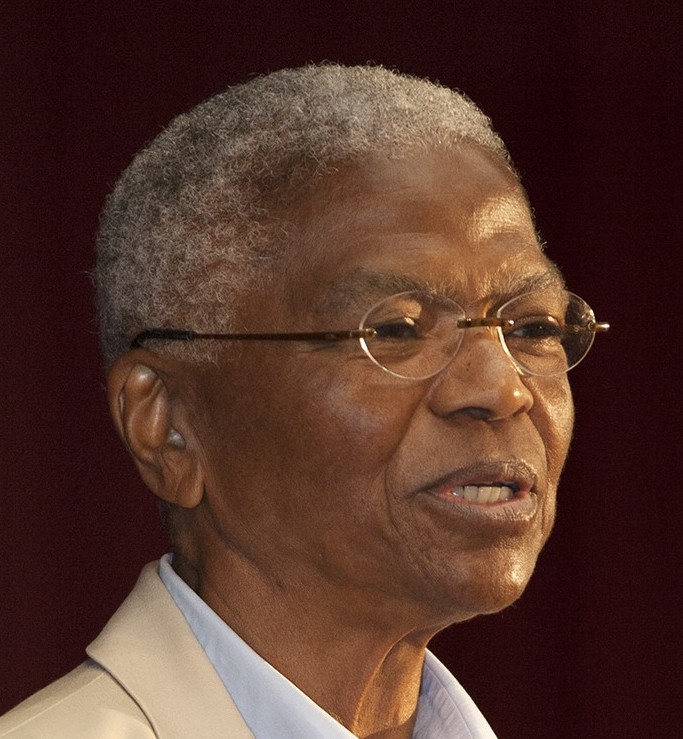 Mary Frances Berry is a scholar, professor, author, and civil rights activist who served on the U.S. Commission on Civil Rights. Berry was born in Nashville, Tennessee on February 17, 1938 to parents Frances Southall Berry and George Ford Berry.  Due to her mother’s poverty and the desertion of her father, she and her brothers spent time in an orphanage. She attended the segregated public schools in Nashville but in the 10th grade she found a mentor in her teacher, Minerva Hawkins, who challenged Berry to excel in academics.

Berry graduated with honors from Pearl High School in Nashville in 1956 and began college at Fisk University. After transferring to Howard University she earned her B.A. in history in 1961.  She earned a history Ph.D. in 1966 from the University of Michigan. In 1968 Berry became a faculty member at the University of Maryland and supervised the establishment of an African American Studies Program at that institution.

Berry earned her law degree from the University of Michigan Law School in 1970 and became the acting director of the Department of Afro-American Studies at the University of Maryland.  From 1974 to 1976 she served as University Provost, becoming the first African American woman to hold that position.

When she accepted chancellorship of the University of Colorado’s Boulder campus in 1976, Berry became the first black woman to head a major research university. The next year, she took a leave of absence to serve in the Department of Health, Education, and Welfare as the assistant secretary for Education.  Berry remained in that post until 1980.

In 1980 Berry became a professor of history and law at Howard and soon afterward President Jimmy Carter appointed her to the U.S. Commission on Civil Rights.  He also tasked the Commission to do the first large-scale study of affirmative action. The study supported the setting of goals to correct historic discrimination against blacks and women, especially in the workplace. When President Ronald Reagan came into office in 1981, he attempted to fire Berry and dismantle the Commission.  Berry, however, successfully sued the Reagan Administration in federal court to retain her seat.

In 1981 Berry also became involved with the anti-apartheid movement.  That year she was arrested protesting at the South African embassy in Washington, D.C.  Her arrest and that of other activists led to 365 days of picketing of the South African Embassy and generated attention which initiated anti-apartheid protests across the United States and eventually around the world.

Berry remained on the U.S. Civil Rights Commission until 1987 when she accepted a tenured post as Geraldine R. Segal Professor of American Social Thought at the University of Pennsylvania.  By the early 1990s, with the legal end of apartheid, Berry returned her attention to domestic issues.  Her 1993 book The Politics of Parenthood: Child Care, Women’s Rights, and the Myth of the Good Mother, argued for men to take an equal role in child care and for a rethinking of gender roles.

In 1993 Berry was appointed Chair of the U.S. Civil Rights Commission by President Bill Clinton and reappointed in 1999. Under her leadership the Commission reported on police practices in New York City and conditions on Indian reservations among other issues.  In 2000 it became embroiled in the examination of disputed Florida votes during the presidential election. Berry led the Commission in condemning what it called voter suppression efforts.  Not surprisingly Berry’s relationship with the George W. Bush Administration was strained and she resigned from the Commission in 2004.

Berry is currently a professor at the University of Pennsylvania and remains active in writing and promoting social justice.