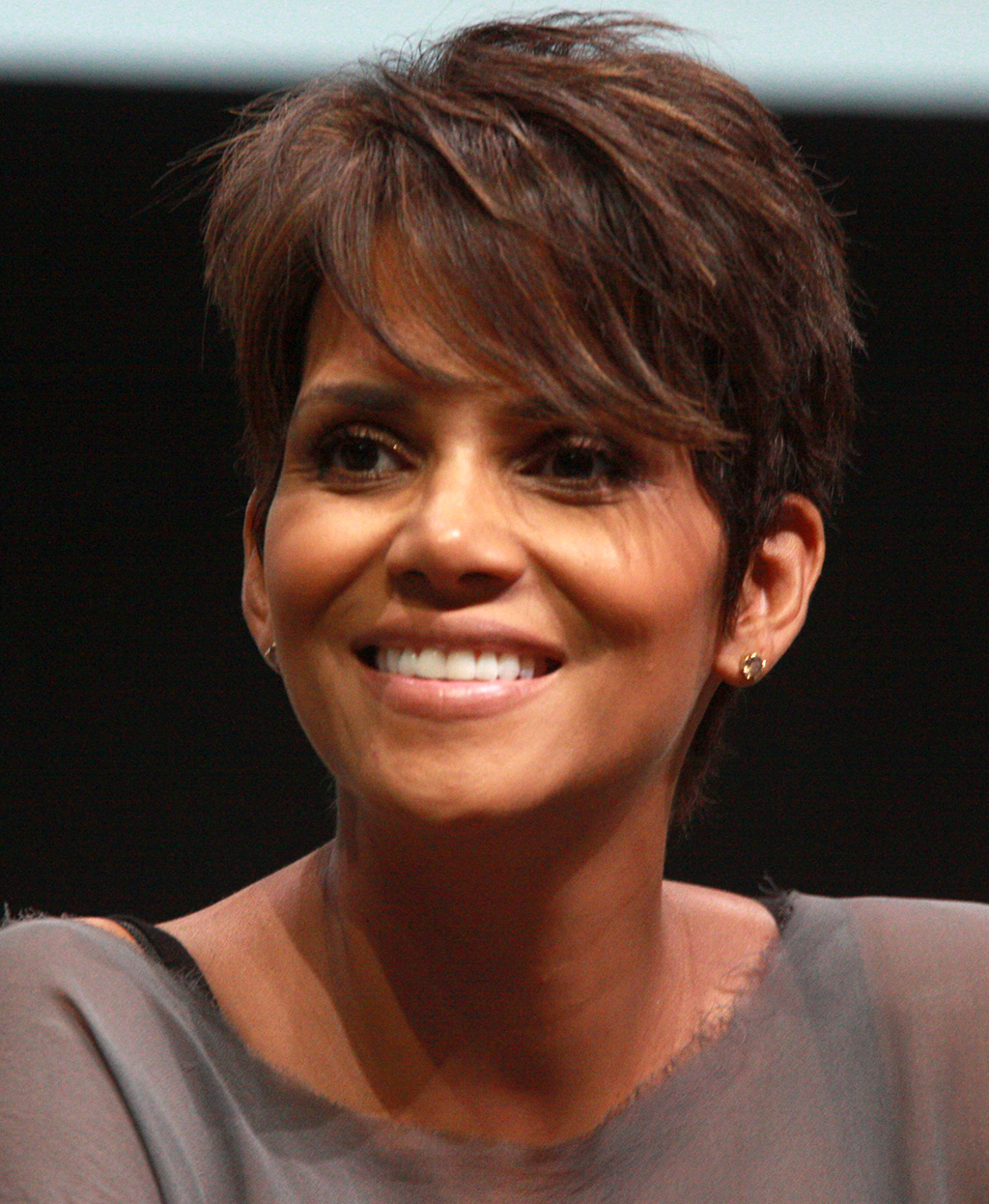 Halle Berry, who was born Maria Halle Berry, is a multiracial model, actress, and former beauty queen who was born in Cleveland, Ohio in 1968.  Her mother Judith Hawkins Berry, who is white, worked as a psychiatric nurse in a Cleveland hospital.  Berry’s African American father, Jerome Berry, was an attendant at the same hospital.  Berry’s parents divorced when she was four and she was subsequently raised by her mother.

Halle Berry grew up in an African American neighborhood in her younger years, but then her mother Judith relocated the family to a white neighborhood.  Berry attended Bedford High in Cleveland and quickly became involved in cheerleading and the school newspaper.  She was also class president, a member of the honor society, and Prom Queen of her class.  Berry became Miss Teen Ohio in 1985 which led her to winning the Miss Teen All-American title the same year and then Miss Ohio in 1986.  Berry came in second place in Miss USA in 1986 and was the first African American to compete for the Miss World competition in 1986.

As she developed a budding modeling career Berry also studied broadcast journalism at Cuyahoga Community College for a short time before she decided to become an actress.  She traveled to Chicago where she modeled and learned about acting. In 1989 Berry was cast in a short-lived television series, Living Dolls.  While taping one of the episodes she lapsed into a coma and was diagnosed as a diabetic.  Nonetheless Berry was noticed by filmmaker Spike Lee who gave her a supporting role in his 1991 film Jungle Fever, where she gave a powerful performance as Vivian, a drug addict.  That role led her to recurring role in the television series Knot’s Landing and other film roles including Boomerang (1992), The Flintstones (1994), Losing Isaiah (1995), Bulworth and Executive Decision (1996), X-Men (2000), Swordfish (2001), Die Another Day (2002), and Catwoman (2005).

Berry married David Justice, a baseball player, in 1992 but their marriage lasted only two years.  She was married to actor Eric Benet between 2001 and 2005.  Since 2005 she and male model Gabriel Aubry have been domestic partners.

Berry won an Emmy and a Golden Globe Award for her role in the 1999 television documentary Introducing Dorothy Dandridge.  Her most successful film to date was Monster’s Ball which won her an Oscar in 2002.  Berry became only the second African American woman (after Hattie McDaniel in 1940) to win an Oscar.

In March 2008, Halle Berry and Gabriel Aubry had a baby girl they named Nahla Ariela Aubry.