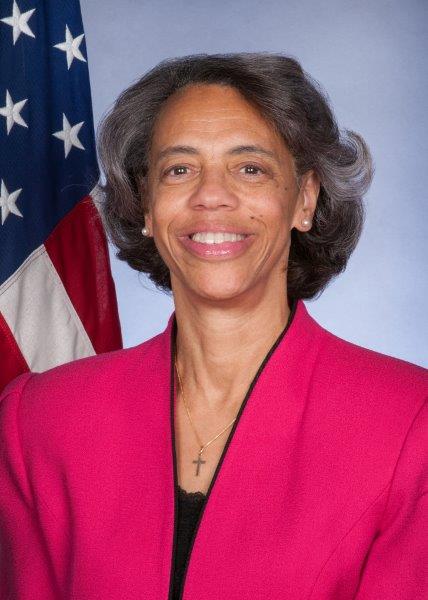 Born in Tinton Falls, New Jersey in 1957, Marcia Stephens Bloom Bernicat earned a bachelor’s degree in history from Lafayette College in Easton, Pennsylvania, in 1975. Thinking she might teach overseas, Bernicat earned a teaching credential in social sciences at the secondary level. Rather than becoming a teacher, Bernicat worked in a managerial position at Proctor & Gamble in New York City, New York.

After beginning a graduate program at Georgetown University in Washington, D.C. in 1979, Bernicat worked as an intern at the U.S. Embassy in Monrovia, Liberia. While there, she was the first embassy staffer to warn the local officials that debris from a disintegrating Skylab might shower Liberia.

In 1980, Bernicat earned a master’s degree in Foreign Service from Georgetown University. A year after completing her graduate degree, she joined the U.S. Foreign Service. Bernicat’s first overseas assignment was from 1982 to 1984 as a political officer at the U.S. Embassy in Bamako, Mali. Her next post–from 1984 to 1986–was as a consular officer in the Operations Center of the U.S. Consulate General in Marseille, France.  After returning to Washington D.C., Bernicat served as Operations Center Watch Officer from 1986 to 1987. From 1987 to 1989, she was as Special Assistant to former Deputy Secretary of State John Whitehead.

From 1989 to 1990 Bernicat worked in the Asia section in the State Department, serving as Desk Officer for Nepal and India in the Bureau of Near East and South Asian Affairs. From 1992 to 1995, she was the Deputy Political Counselor at the U.S. Embassy in New Delhi, India.

Returning to Washington, D.C. Bernicat served as Senior Level Division Director in the Office of Career Development and Assignments from 2006 to 2008.  In that capacity she was the Office Director for India, Nepal, Sri Lanka, the Maldives, and Bhutan.

On June 5, 2008, the United States Senate confirmed President George W. Bush’s nomination of Bernicat as U.S. Ambassador to Senegal and Guinea-Bissau. During her 2008 to 2011 tenure, Bernicat oversaw most of a five-year, $540-million U.S. Millennium Challenge Grant to improve local infrastructure, broke ground on a new embassy complex in Dakar, and had a controversial televised debate with Senegalese President Abdoulaye Wade over U.S. policy in Africa.

In 2012, Bernicat began service as Deputy Assistant Secretary in the Bureau of Human Resources at the Department of State. On November 18, 2014 President Barack Obama nominated Marcia Bernicat as Ambassador to the People’s Republic of Bangladesh.  She remained in that post until November 2, 2018.

Marcia Bernicat is married to Olivier Bernicat, and they have two sons. She speaks French, Hindi, and Russian.