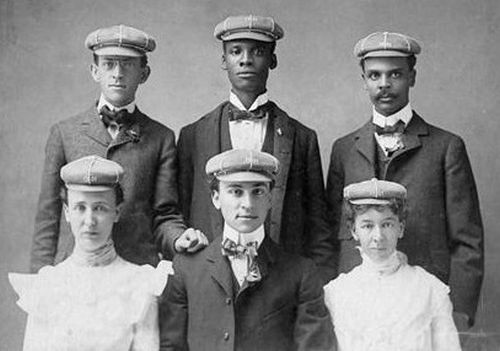 Berea College, located in east central Kentucky at the base of the Cumberland Mountains, was founded in 1855 by abolitionist John G. Fee.  Berea was one of the first fully integrated colleges in the South, enrolling an essentially equal number of blacks and whites from 1865 to 1892.  Racial coeducation in a slaveholding state was a monumental experiment.  However, in 1904, the Day Law, aimed specifically at Berea, outlawed integrated education in Kentucky, thus forcing the College to turn its focus toward educating impoverished white Appalachian students.  Berea officials quickly responded to the policy change by using some of its endowment to establish Lincoln Institute in Simpsonville, near Louisville, to educate African Americans.

Berea College itself was not re-integrated until the repeal of the Day Law in 1950.  Because college officials slowly readmitted African Americans, approximately ten black students attended Berea from 1950 to 1954.  In the latter year, Jessie Reasor Zander graduated from Berea with a degree in elementary education, making her the first African American student to earn a degree after desegregation. In recent years, Berea has recommitted itself to educating low-income Appalachians and African Americans (20% of the student population).  Those students whose family income does not exceed a set minimal level receive a full-tuition scholarship and participate in the institution’s labor program (working 10-15 hours per week) on campus or in the surrounding community.