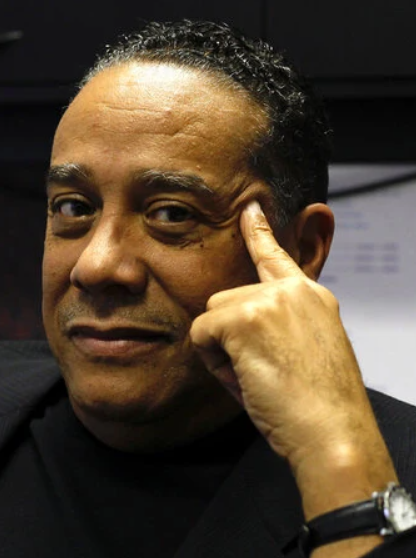 Benny Nelson Napoleon was an attorney, law enforcement officer, and politician. Napoleon was born on September 10, 1955 to Reverend Harry and Betty Napoleon, in Detroit, Michigan. Napoleon played little league baseball in his youth and graduated from Cass Technical High School in 1973. He sold shoes at Sibley’s shoe store after graduation, but soon filled out an application for the Detroit Police Department. Napoleon graduated from the academy in 1975 at the age of nineteen and began his forty- five-year career as a public servant with the city of Detroit.

Napoleon meticulously rose through the ranks of the department, first serving as a patrol officer, Sergeant in 1983, Lieutenant in 1985, Inspector in 1987, Commander in 1993, Deputy Chief in 1994, Assistant Chief in 1995, and Chief of Police from 1998 to 2001. To further his career, Napoleon attended Mercy College of Detroit, and earned his Associates degree in Law Enforcement in 1980 and his BA in Criminal Justice in 1982, a requirement for his appointment to Inspector or Captain. Napoleon also received his Juris Doctor degree from Detroit College of Law at Michigan State University in 1986. He passed the state bar in 1987. During his tenure as Chief of Police, robberies fell to 42% and overall crime was down by 30%.

Throughout his career, Napoleon completed over fifty-six courses of specialized training that included Secret Service Dignitary Protection, the FBI National Academy and Harvard University J.F.K. School of Government. He simultaneously fought crime, represented clients in court, served as Chair of the Michigan Civil Rights Commission, and coached PAL basketball for The Boys and Girls Club of America branch in Detroit all before retiring from the police force in 2001.

For the next decade, Napoleon worked as Vice President of a real estate investment firm, before becoming a Wayne County Executive in 2004, serving until 2009, while teaching Criminal Justice at the University of Phoenix. In 2009, Napoleon was appointed Wayne County Sheriff, after the position became vacant. He was elected to the position in 2012 with 73% of the votes and was re-elected in 2016 and in 2020. Napoleon, a Democrat, had an unsuccessful run for Mayor of Detroit in 2013, but placed second in the primary. Napoleon was a 33rd degree Mason, Prince Hall Affiliate, and a life member of the NAACP.

In early November 2020, Napoleon complained of a slight headache and chills and took a COVID-19 test on November 13. He tested negative. He took another test on November 19, which came out positive, and he was admitted to Henry Ford Hospital on November 21. Napoleon was placed on a ventilator on November 27 but succumbed to the virus on December 17, 2020 at the age of 65. He left behind his mother, six siblings, partner Sharon Heath, daughter Tiffani Chanel Jackson, and grandson Malachi.