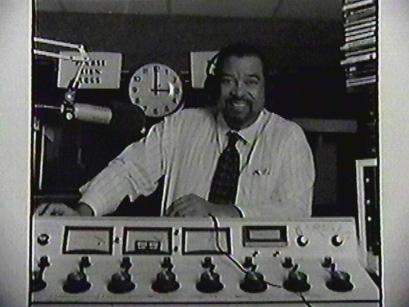 Seattle newspaper publisher Chris H. Bennett was born in Waynesboro, Georgia in 1943. He spent four years in the Air Force before attending Everett Community College in Everett, Washington, where he played football. Bennett then worked for the African American newspaper The Facts before leaving to start Seattle Medium.

Twenty-seven-year-old Bennett founded Seattle Medium newspaper in 1970, locating it in an office above a dry-cleaning shop. He promoted the Medium as a weekly African American paper that focuses on community and local news in the Seattle area. Its masthead slogan reads, “A message for the people, by the people.”

Since beginning Seattle Medium, Bennett has involved himself in a number of community building activities.  He heads the Chris Bennett Enterprises Charities to provide scholarships for African American youth.  He also sponsors food drives that benefit the African American community in Seattle. Bennett’s paper reports on the impact of anti-drug groups and education programs as well as detailing the accomplishments of African Americans in the community.  Most recently the paper has highlighted the impact of the sub-prime mortgage crisis and in particular its impact on local African American homeowners.

Bennett also has been involved in African American civil rights issues in other states. In 1987 Bennett protested Arizona Governor Evan Mecham’s decision to eliminate the state’s recognition of Martin Luther King Jr.’s birthday as a holiday.  When the National Newspaper Publishers Association (NNPA), a predominately African American newspaper group, was scheduled to hold its annual conference in Phoenix, the organization, at Bennett’s recommendation, decided to cancel the conference.

The Seattle Medium is now one of several newspapers owned by Bennett.  His other papers include the Tacoma True Citizen and the Soul Town Review in Portland, Oregon. Bennett’s publishing company, Tiloben Publishing, Inc., also produces a weekly shopper and runs four radio stations: KRIZ and KYIZ Seattle, KBMS Portland, and KZIZ Tacoma.

Bennett has been honored by several organizations. In 1990 he received the KOOL Achiever award from the Brown and Williamson Tobacco Corporation. He also has been named one of Ebony magazine’s 100 most influential African Americans four times. He is listed in Who’s Who in Black America. His son Chris B. Bennett now runs the Seattle Medium but the elder Bennett remains active in local journalism. Recently, he wrote about the Seattle school closures.