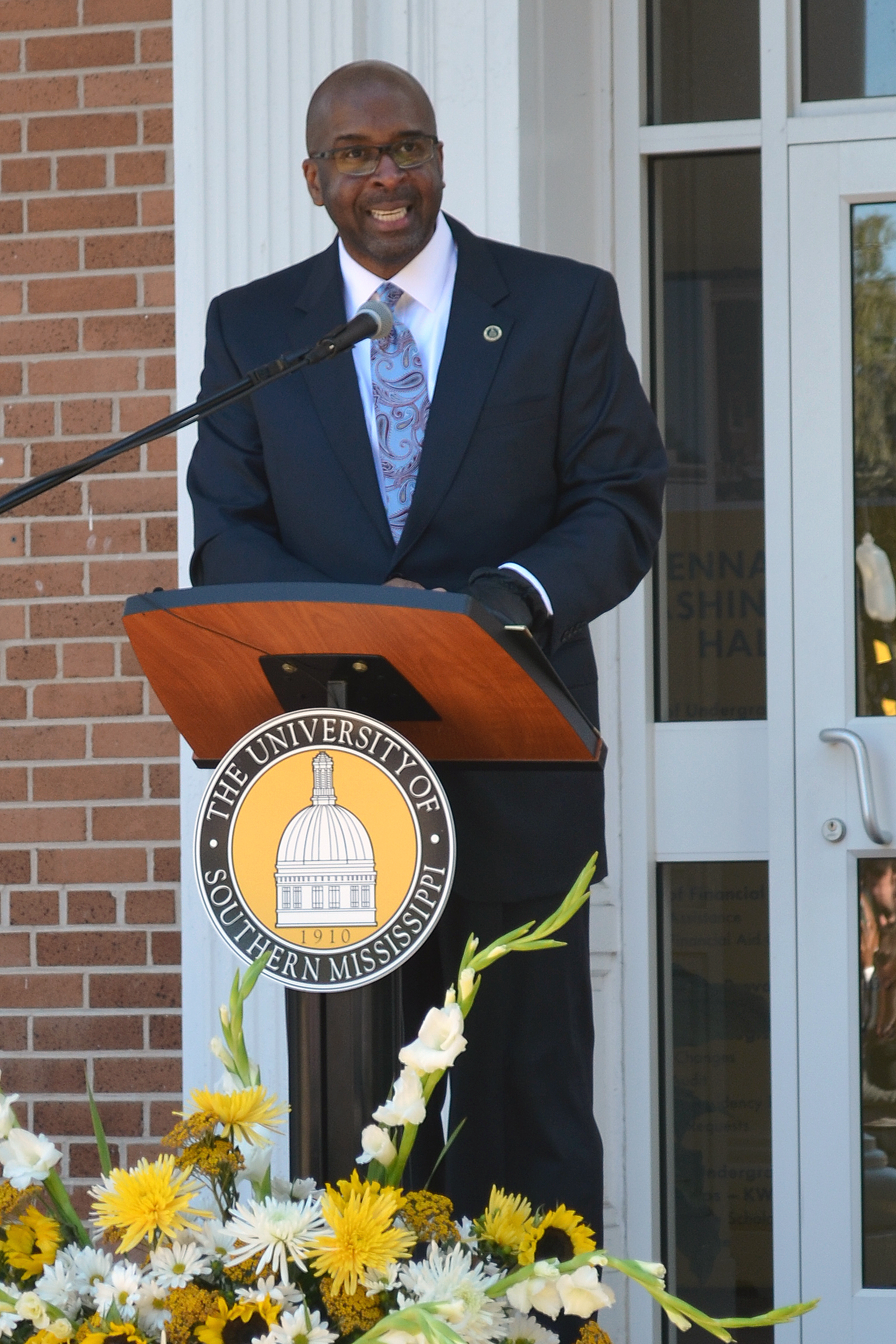 Rodney D. Bennett is the current President of the University of Southern Mississippi. He is the institution’s tenth president, and the first African American president of a predominantly white college or university in Mississippi. His presidency was announced February 7, 2013, and he assumed his office on April 1 of that year. However, three days after his appointment, a tornado struck the Hattiesburg, Mississippi campus, and he began to direct the cleanup and rebuilding efforts in the interim. Bennett in his current position is responsible for all facets of campus life and administration. His stated primary focus is improving the school’s overall graduation rate of 49% in six years through better advising and counseling to current students and potential students about the requirements for success. The university has 16,000 students with black students comprising 31% of the campus enrollment.

Dr. Bennett acknowledges that in his selection as President of the University of Southern Mississippi that an important racial barrier has been broken in a state long known for segregated and unequal higher education.  Nonetheless, he does not view his race as an issue in his professional life or see it as factor in his selection.  Bennett presides over Mississippi’s most diverse institution of higher learning, a far cry from the 1950s, when its first black applicant, Clyde Kennard, was sent to prison on spurious charges to prevent his admission. Its mascot at the time was the Southerner, embodied in a Confederate soldier.

Dr. Bennett has worked in education since 1993. His previous appointment was the Vice President for Student Affairs at the University of Georgia, and before that as its Dean of Students and Interim Provost for International Diversity at the institution. He has also served as Dean of Students at Winthrop University in Rock Hill, South Carolina, and Associate Dean of Student Life at Middle Tennessee State University in Murfreesboro, TN. He has served as Chair of the University of Georgia Alumni Athletic Association, the NCAA Recertification process, and was a member of the on-site committee for the Southern Association of Colleges and Schools, reviewing compliance areas related to student life and student affairs.