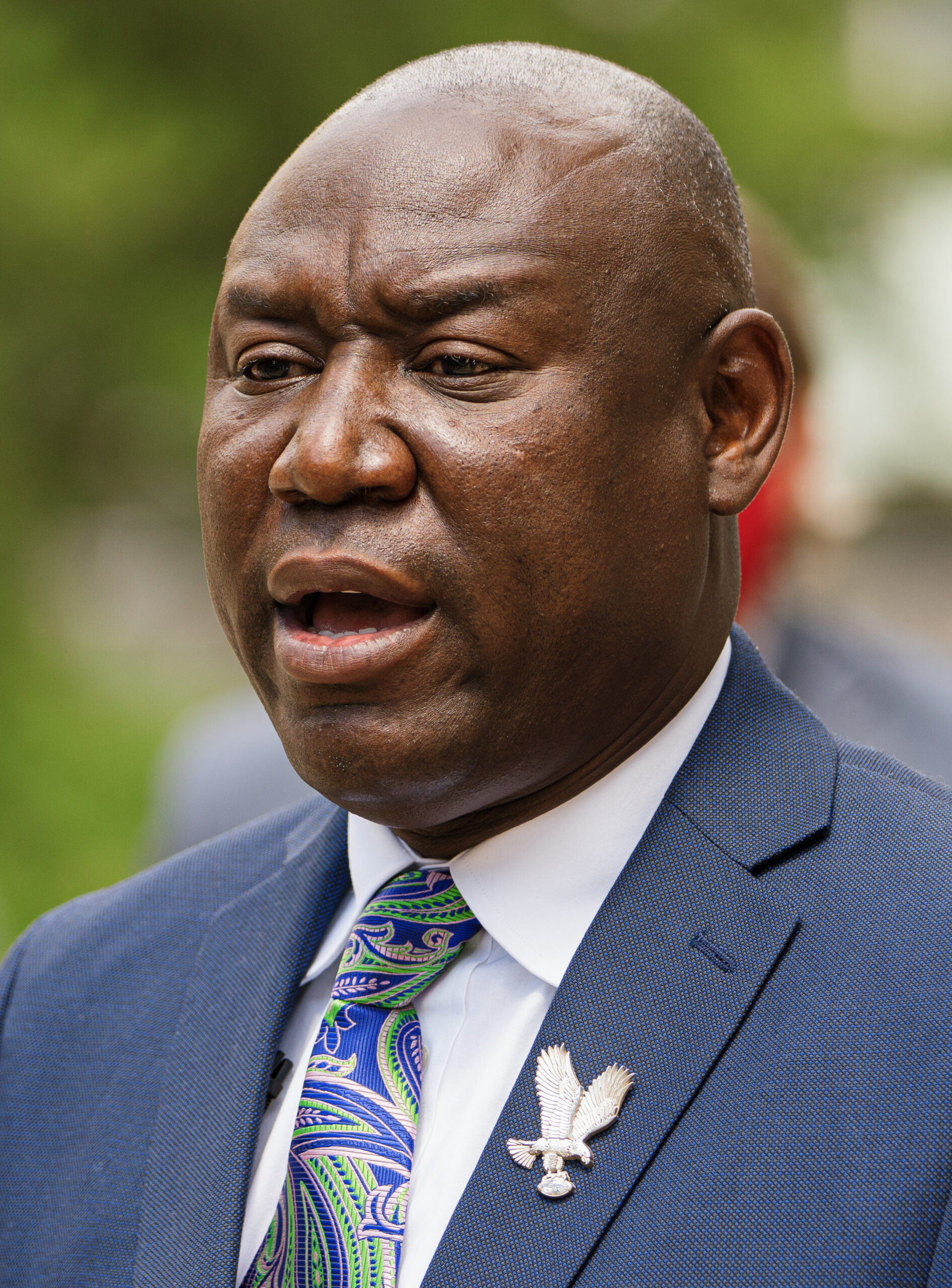 Attorney Ben Crump announces a federal civil rights lawsuit against the City of Minneapolis on behalf of the family of George Floyd, who was killed by Minneapolis police officers. The press conference was held outside the Diana E. Murphy U.S. Federal Courthouse in downtown Minneapolis on July 15, 2020
Courtesy Tony Webster (CC BY-SA 2.0)

Benjamin Lloyd Crump is an American Civil Rights lawyer who is best known as the attorney of the families of Black Lives Matter victims starting with the case of Genie McMeans Jr in 2002. Crump, the oldest of nine siblings, was born on October 10, 1969 to Helen Crump and an unnamed father. Crump attended South Plantation High School in Plantation, Florida. After graduating from high school in 1987, he attended Florida State University in Tallahassee, Florida where he received his bachelor’s degree in criminal justice in 1992. Crump received a Juris Doctor (JD) degree also at Florida State University in 1995. He is a member of Omega Psi Phi and Sigma Pi Phi Fraternities.

Crump’s legal career as a defender of black lives at the hands of police or vigilante violence began when he represented the family of Genie McMeans Jr, an African American driver who was shot by Kreshawn Walker-Vergenz, a white female state trooper. She was later cleared of the shooting by a Leon County, Florida grand jury. In 2007, Crump represented the family of Martin Lee Anderson, an African American teenager who died after being beaten by a guard at the Bay County Boot Camp Florida Youth Detention Center in 2006. Eight people included a nurse were acquitted on charges of aggravated manslaughter of Anderson.

In 2012, Crump took on his first nationally recognized case when he represented the family of Trayvon Martin who was killed by neighborhood watchman George Zimmerman. In 2013, Zimmerman was acquitted of the murder of Martin. Crump also represented Ronald Weekley Jr, a 20-year-old African American skateboarder who was beating by the police in Venice, California in 2012. The case would also be a loss in court for Crump.