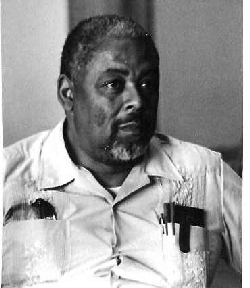 Mathematician Charles Bernard Bell, Jr., one of the leading African American mathematicians of the twentieth century, was born in New Orleans, Louisiana in August 20, 1928. At age 19 he graduated from Xavier University in 1947 and earned his Ph.D. in mathematics from Notre Dame University in 1953. From 1951 to 1955 he worked as a research engineer at Douglas Aircraft Company. An assistant professor at Xavier University for two years, he then spent a year at Stanford University as a research associate.

From 1966 to 1981, Bell taught in succession at Case Western University, the University of Michigan at Ann Arbor, and the University of Washington at Seattle before returning to San Diego State University in 1981. He retired as full professor in 1992. Bell published nearly forty papers and was elected a fellow in the Institute of Mathematical Statistics and the American Statistics Association. He enjoyed traveling to meet fellow mathematicians in Africa, India, and Europe and welcomed the opportunity to hone his language skills in foreign countries. He once told an interviewer: “I enjoy family, I enjoy eating gumbo, and for more than four decades I enjoyed teaching mathematics and statistics and doing research in nonparametric statistics, stochastic processes and related problems and applications.” Bell’s other areas of expertise are biostatistics and signal detection which had highly sensitive military implications. Bell died in Los Angeles, California on October 26, 2010 at the age of 82.