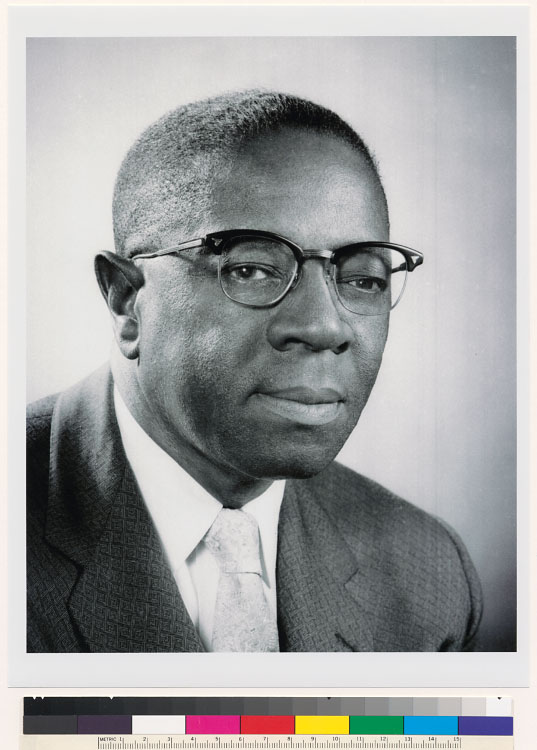 George Beavers, Jr. was born in 1892, in the Mechanicsville section of Atlanta, Georgia.  His parents decided to leave Atlanta with their children in 1902, after white mob violence erupted in their neighborhood.  They settled in Los Angeles where they expected to find “full citizenship rights and better living conditions.”

In 1915, Beavers and his wife, Willie Mae, helped found People’s Independent Church, which became a force for social change, were active in the NAACP and respected community leaders.  In 1925, Beavers, along with William Nickerson, Jr. and Norman O. Houston, established what would become Golden State Mutual Life Insurance Company.  The company was begun in response to discriminatory practices across the insurance industry: higher prices for less coverage, refusal to provide loans, and whites-only sales staff.  As Beavers himself put it, he and his partners decided “there was a need for such a company (because) at that time, Negroes received very inferior insurance policies and very little opportunity to benefit from their insurance dollars.”  Starting in 1928, Golden State Mutual operated from the famed Central Avenue in Los Angeles.  By 1948, the firm moved to permanent headquarters designed by architect Paul Williams and located on Adams Boulevard and Western Avenue, in the “sugar hill” district, home to Hollywood stars, business leaders and other affluent African Americans, where it still stands.

In 1946, Beavers was appointed by Los Angeles Mayor Fletcher Bowron to the City of Los Angeles Housing Authority Commission, on which Beavers served for 15 years.  The Commission dealt with the huge post-war demand for affordable housing in the city, as well as with the compromise that resulted in the city erecting only 40 percent of the public housing originally funded by the federal government.

Beavers died in 1989, after a lifetime of successful entrepreneurship, civic service– including support for the NAACP and Urban League– and a prominent role in the Los Angeles community.