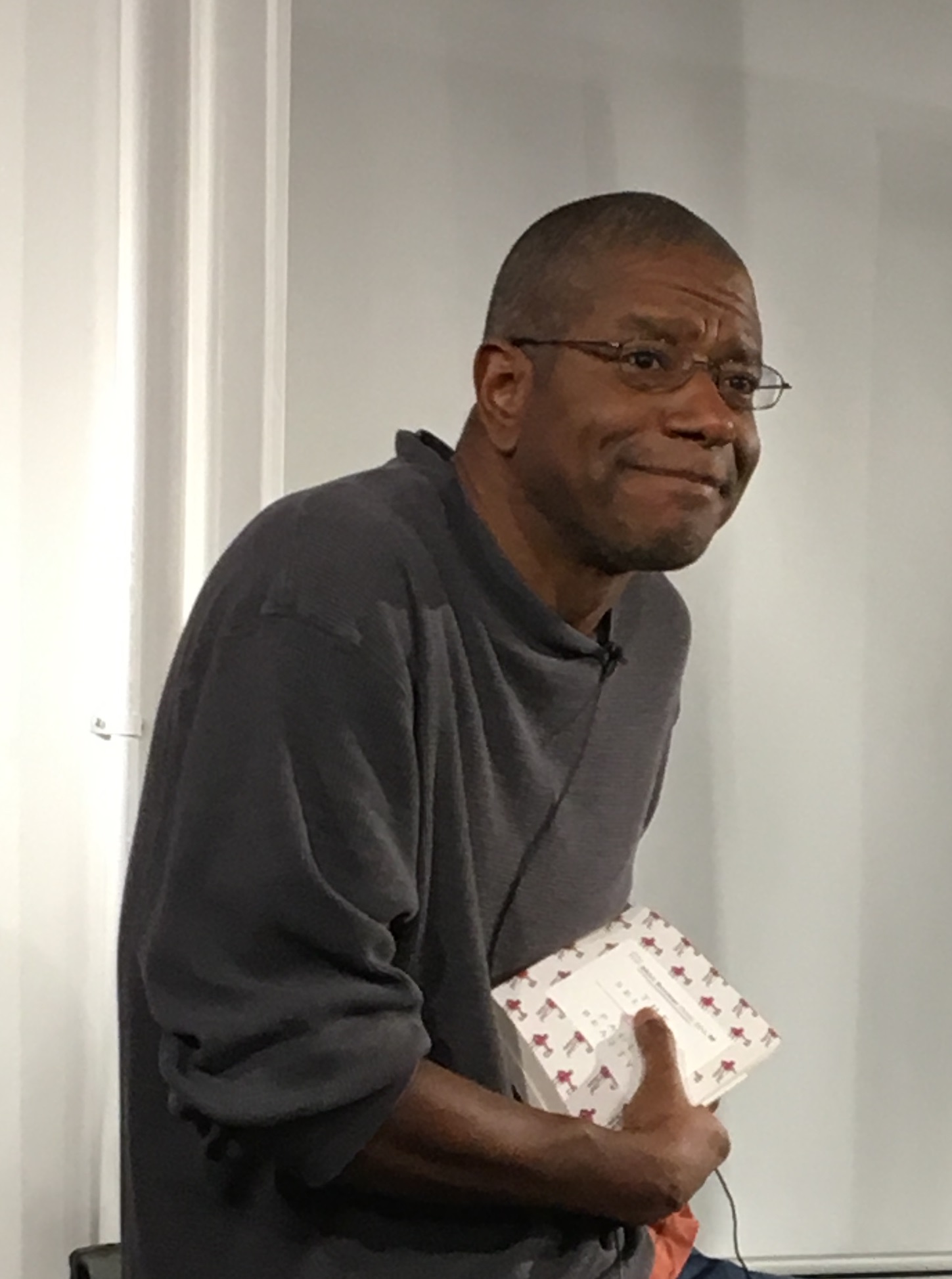 Paul Beatty is an African American author, poet, essayist, and professor who is credited with the creation of the “hip-hop” novel. Beatty was born on June 9, 1962 in Los Angeles, California. His father left the family early in Beatty’s childhood, leaving his mother to raise their two daughters and son.

Beatty graduated from El Camino Real High School, Los Angeles, in 1980 and attended college at Boston University, where he earned a Master of Arts in psychology. Beatty later moved to New York and earned a Masters of the Fine Arts degree in creative writing from Brooklyn College.

Beatty’s authorial debut occurred in 1990, when he became the first Grand Poetry Slam Champion of the Nuyorican Poets Café. As part of the championship prize, he was given a book deal which led to his first collection of poetry, Big Bank Take Little Bank, to be published in 1991.

Following this first success, Beatty joined the Nuyorican poets in touring and performing readings around the United States. The group, consisting of many authors of color, had various appearances on MTV and other public broadcasting channels in an effort to provide new poets of color with public exposure. After becoming disillusioned with the literary commercialization that these tours encouraged, Beatty moved to New York to focus on his career.

In 1993, Beatty received a grant from the Foundation for the Contemporary Arts. It was the support of this grant to which Beatty attributed the freedom to write his first novel, The White Boy Shuffle. It was subsequently published in 1996 to critical acclaim. The novel focuses on themes of racism, gender, and sexuality of an educated black man in the “era of progress” that was the 1990s. Due to the book’s candor and offbeat humor, it has been considered one of the first and most prominent pieces of “hip-hop” literature.

Beatty’s fourth novel The Sellout was published in 2015 and revolves around a man’s bid for the reinstitution of segregation and slavery in a fictional California county. It was awarded the 2016 Man Booker Prize, making him the first American to have won the prize since English-language novels became eligible for nomination in 2014. It also won the National Book Critic’s Prize for 2016.

Beatty lives in Manhattan with his wife, filmmaker Althea Wasow. Beatty is currently an associate professor of writing at Columbia University in New York.