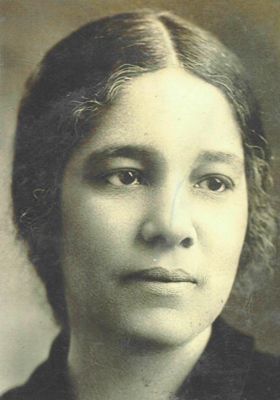 In the article below, Kimberley Mangun, an assistant professor in the Department of Communication at The University of Utah, describes how she “discovered” Beatrice Morrow Cannady, an editor who spent nearly 25 years advocating civil rights in Oregon. Cannady used her Portland-based newspaper, The Advocate, as well as interracial teas, radio addresses, and talks to civic and religious groups and high school and college students to promote race relations and equal rights. But Cannady was all but forgotten when she moved to Los Angeles in about 1938. Mangun’s book, the first full-length study of the activist’s career, restores Cannady to her rightful place in the early civil-rights movement and dispels the myth that African Americans played little part in Oregon’s history.

Beatrice Morrow Cannady was one of Oregon’s most dynamic civil rights activists. Between 1912 and 1936, she gave hundreds of lectures to high school and college students about the importance of better race relations. She used the new medium of radio to share her message of interracial goodwill with listeners in the Pacific Northwest. She was assistant editor, and later publisher, of The Advocate, a weekly Black newspaper founded by her first husband, Edward, in 1903. Cannady was the first Black woman to graduate from law school in Oregon, and the first to run for state representative. She held interracial teas in her home in northeastern Portland. She tried to mobilize white Portlanders to protest repeated showings of the racist film The Birth of a Nation. And when the Ku Klux Klan swept into Oregon from California in 1921, she urged Governor Ben W. Olcott to act quickly to protect Black Oregonians’ right to live and work absent fear.

Despite these accomplishments — and many more during her 25-year career — Beatrice Cannady fell into obscurity when she left Oregon in about 1938. She spent the next four decades in the Los Angeles area, still pursuing the things she was passionate about, but in a far less public way. She wrote for the Precinct Reporter, one of several newspapers that served the Black community in Southern California, and she resumed her interracial gatherings at the ranch she shared with her third husband, Reuben Taylor, whom she considered the love of her life.

I “discovered” Cannady purely by chance during the summer of 2002 while doing research on another topic on the Oregon Historical Society website. A striking photograph, taken 90 years earlier when Cannady was 23, captured her doing something she loved: reading a book. We may never know what volume she was holding with such care — perhaps a book of poetry by Paul Laurence Dunbar, one of her favorite writers. Nevertheless, the photo offers an important glimpse into her career: Among other things, Cannady became known for her extensive library of Black newspapers, collections of journals including the NAACP’s The Crisis, and “volumes of literature by and about the Negro,” which she made available to anyone who wanted to learn more about history, culture, and art.

That small photograph captivated me. But it also saddened me. I had lived in Oregon for 11 years by then, yet had never heard about Cannady or The Advocate, which came out nearly every Saturday for 33 years. I wanted to know more.

I searched in books and journal articles and located brief information about Cannady or the newspaper in a few publications. Details later proved to be erroneous or incomplete, and citations seldom were helpful. Most importantly, I discovered that no one had explored Cannady’s noteworthy career in a documented biography.

And then several things happened. I discussed with my advisor at the University of Oregon my desire to abandon my dissertation topic and start work in earnest on Cannady and The Advocate. I obtained a research grant from the UO’s Center on Diversity and Community (CODAC) in 2003, and subsequently presented initial research on Cannady at a CODAC colloquium. And I received an email from Cannady’s great-niece, Barbara Redwine, who discovered details about the colloquium online. As her family’s historian, she subsequently shared information and photographs with me, and helped me gain a greater understanding of Cannady.

Although so much of what Cannady did was in the public sphere, she was a private person who left no personal documents such as journals or diaries. Nor did she write an autobiography about her childhood in Littig, Texas; her large family and their influence on her; her education at Wiley University in Marshall, Texas; her desire to be an opera singer; her trip westward to Oregon; or her courtship with Edward, whom she married in June 1912.  Filling in those and other details took nearly seven years.

I started my research by reading microfilmed issues of The Advocate — and encountered the first of many dead ends. Copies from September 1903 until May 1923, and from 1934 to 1936, were missing, a result of a library cataloging error and a lost opportunity to preserve holdings belonging to Cannady’s son, Ivan. Despite an exhaustive search, those issues of The Advocate appear to be lost to historians.

Still, I was able to read and study more than 500 issues of the newspaper. Details buried in the paper’s seven dense columns yielded information about migration to and from the state, employment patterns, social and religious life, entertainment, Jim Crow restrictions, Black-owned businesses, and the effect of the Depression on individuals. Information about the Black experience in Portland, and Oregon generally, has helped shed the myth that women and men played a minuscule role in the state’s history during the early twentieth century, and deemphasized the story of Oregon’s white male pioneers.

The Advocate also tells the story of Beatrice Morrow Cannady and her ongoing campaign for better race relations in Oregon during the early 1900s. Editorials delineate her stand on segregation and discrimination, while news items supply details about her extensive outreach to high school and college students, lectures to civic and religious groups, efforts to share Black culture with white audiences, and the radio broadcasts she gave each year during Negro History Week. Articles also make clear that her advocacy was not done in a vacuum: Cannady interacted with the period’s leading artists, editors, politicians, and intellectuals, including W. E. B. Du Bois, Langston Hughes, Charlotta Bass, A. Philip Randolph, Oscar De Priest, Roland Hayes, James Weldon Johnson, and J. Rosamond Johnson.

To help reconstruct events that occurred between 1912, when Cannady apparently arrived in Portland, and 1923, the first available year for The Advocate, a number of other primary sources were located and consulted. Among the most helpful were Cannady’s scrapbook, prepared to support her 1929 nomination for the William E. Harmon Award for Distinguished Achievement Among Negroes in the field of race relations; local and national NAACP records; Harmon Foundation records at the Library of Congress; articles in other newspapers for Black Americans; oral histories from longtime Oregonians; Governor Ben W. Olcott’s scrapbook and papers; Ku Klux Klan records; City of Portland files; documents at the National Bahá’í Archives and Austin History Center; and articles, editorials, and advertisements in Portland’s white press.

Continual legal setbacks made it difficult for Cannady to effect reform. In March 1919, members of the Portland Realty Board voted not to “sell property in white residence districts … to colored people or orientals … because of the depreciation in property values [that] follows an influx of colored or oriental population.” Also that year, a bill “establishing equal rights in places of public accommodation, resort or amusement” — dubbed the “negro equality bill” by one newspaper — was defeated in the Oregon House of Representatives by a vote of 31 to 24. Cannady had appeared before the Committee on Health and Public Morals to argue for its passage.

Senate Bill No. 228, introduced during her campaign for state representative in 1932, also was defeated. It would have guaranteed “to all persons full enjoyment of civil rights in public places.” It would take the next generation of activists — DeNorval Unthank, Kathryn Bogle, Otto and Verdell Rutherford, and others — 20 more years of work to secure passage of such legislation. Governor Paul L. Patterson finally signed the Oregon Public Accommodations Act into law in 1953.

The Reverend Daniel G. Hill, one of Cannady’s contemporaries, described her as “an ambassador of good will between the racial groups.” Cannady’s goal was to develop allies, people who become aware of inequities and how they affect someone’s life, and then take action to try to create change. For example, a white history teacher at Portland’s Lincoln High School implemented a unit focused on the “study of the Negro,” which included reading The Souls of Black Folk by Du Bois. And white women began hosting interracial teas to welcome out-of-town guests or celebrate occasions such as Negro History Week. A gathering for 100 individuals at Alice Handsaker’s home featured the work of Paul Laurence Dunbar; Shirley McCanns, a talented musician who would later become Du Bois’ second wife, sang at the event.

More broadly, the various forms of outreach Cannady did over the years kept issues before white audiences. Segregation and discrimination may have been even worse without her advocacy, and it may have taken even longer than it did to secure equal rights in Oregon had she not encouraged frank discussions about race relations and civil rights.

Beatrice Morrow Cannady-Taylor died August 19, 1974, in a care facility in Los Angeles. She was 85. In keeping with her commitment to Bahá’ísm, members of the Faith officiated at her funeral four days later. H. Claude Hudson, a leader in Los Angeles whom she had met decades earlier at Wiley University, served as an honorary pallbearer.

The above material is adapted from Kimberley Mangun’s book, A Force for Change: Beatrice Morrow Cannady and the Struggle for Civil Rights in Oregon, 1912-1936 (Corvallis: Oregon State University Press, 2010).