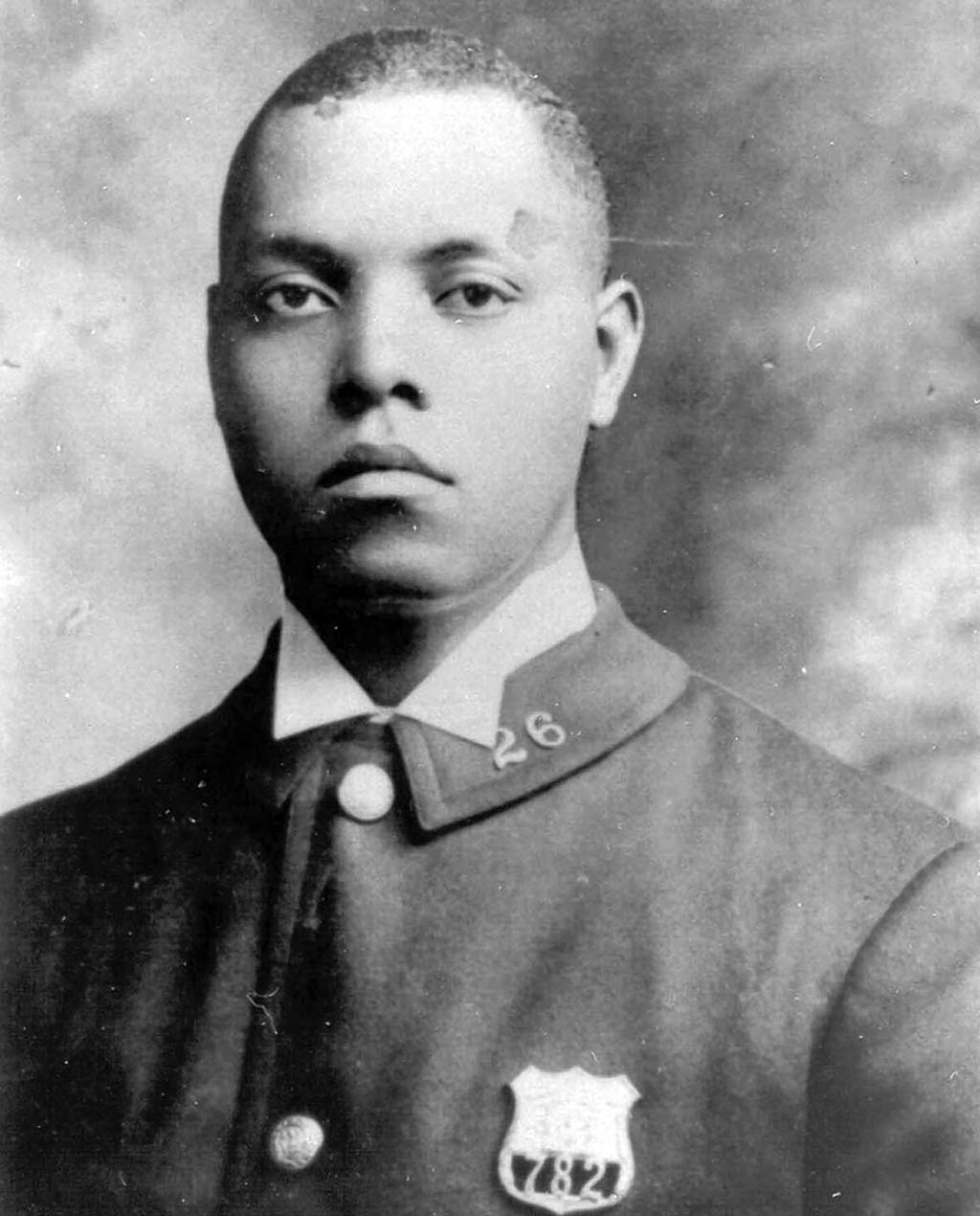 Samuel J. Battle, the first African American police officer in the New York Police Department, was born January 16, 1883 in New Bern, North Carolina.  At the time he was recorded as the largest baby born in North Carolina at 16 pounds.  Battle later grew to be 6’3’’ and over 280 pounds.  His father was a Methodist minister.

When Samuel Battle was teenager, he was caught stealing money from a safe.  His boss, R.H. Smith, did not press charges because of his friendship with Battle’s father.  However, Smith predicted Battle would be in prison within a year.  Samuel Battle later said that he was determined to prove R.H. Smith wrong.  He moved to Connecticut and then New York City in 1901, and worked as a houseboy and red cap at the Sagamore Hotel.

Battle decided to become a police officer since the job offered the stability he needed to support his young family.  He was also influenced by his brother-in-law, Moses Cobb, who was a police officer for the city of Brooklyn before the merger of the city with New York City.

Although the City of Brooklyn had hired Cobb and other African American police officers prior to Battle’s appointment, Samuel Battle became the first African American to be appointed after the police forces merged in 1898.  He ranked 119th out of 638 on his police test and officially joined the force June 28, 1911 at the age of 28.  Battle was initially assigned to the San Juan Hill neighborhood (now the Lincoln Center area) which was the heart of Black New York then.  With the great migration of the World War I period, he was reassigned to Harlem which quickly became the center of African American life in the city.  Battle became the first black sergeant in 1926, the first black lieutenant in 1935, and the first black parole commissioner in 1941.

Battle endured discrimination and mistreatment while on the force from white civilians who traveled to Harlem to watch him work, as well as from the other white officers who refused to speak to him.  Once he found a note on his bunk filled with racially charged and threatening language that had a hole the size of a bullet.  However, some of the officers soon realized that Battle would be an asset in patrolling the Harlem community.  In 1943 during the Harlem Riot, Battle was called by New York City Mayor Fiorello LaGuardia to help defuse tensions in the community.

Samuel Battle retired from the New York City Police Force in 1951 at 68.  He was the highest-ranking African American on the force at that time.  He died in New York City on August 7, 1966 at the age of 83.

In 2009, the corner of West 135th Street and Lenox Avenue in New York was renamed Samuel J. Battle Plaza in honor of his achievements.  That street corner marked the location where Battle saved a white officer’s life during a racial skirmish in 1919.