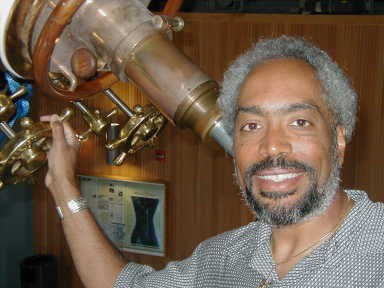 Astronomer Gibor S. Basri was born in May 3, 1951 in New York City, New York, the eldest son of Saul A. Basri, an Iraqi Jewish immigrant from Iraq and physics professor, and the former Phyllis Claire Whyte, a Jamaican-born African American dance and ballet instructor. Though he experienced stays in Sri Lanka and Myanmar, he grew up mainly in Ft. Collins, Colorado, where he attended high school and his father taught at Colorado State University. With the same scientific bent as his father, at age 18 he won the Bausch and Lomb Science Medal and enrolled at Stanford University in California as a National Merit Scholar majoring in physics, earning his undergraduate degree in there 1973. He returned to his home state to further his studies in physics at the University of Colorado, Boulder where he was attracted to astrophysics and earned his doctorate in the discipline there in 1979 with a dissertation on stellar magnetic activity titled “Supergiant Chromospheres.”

Basri’s long career of research and teaching at the University of California, Berkeley, began with his arrival there in 1979 as a postdoctoral fellow in the Department of Astronomy. Two years later he was employed as a research astronomer, and in 1982 was appointed Assistant Professor of Astronomy. He was promoted to full professor in 1994 and was acting chair of his department in 2006. One class he taught was “The Science in Science Fiction.” Basri was the university’s Vice Chancellor for Equity and Inclusion from 2007 until his retirement in 2016.

Basri served on several fellowship review committees including those funded by the National Aeronautics and Space Administration (NASA), the National Science Foundation, the Alfred P. Sloan Foundation, and the University of California, Berkeley. From 2009 to 2001 he was Chair of the American Astronomical Society Committee on the Status of Minorities in Astronomy, and he maintained membership in the National Society of Black Physicists and the International Astronomical Union, among others. His honors and awards include the Carl Sagan Prize for Science Popularization, the Berkeley Citation (highest campus honor), Sigma Xi Distinguished Lecturer, Chancellor’s Community Service Award, NASA Faculty Fellowship at the Ames Research Center, and the Chabot Observatory “Achievement in Science” Citation. Married to Dr. Jessica Broitman, a psychoanalyst and university administrator, the have a son, Jacob Avram Basri.