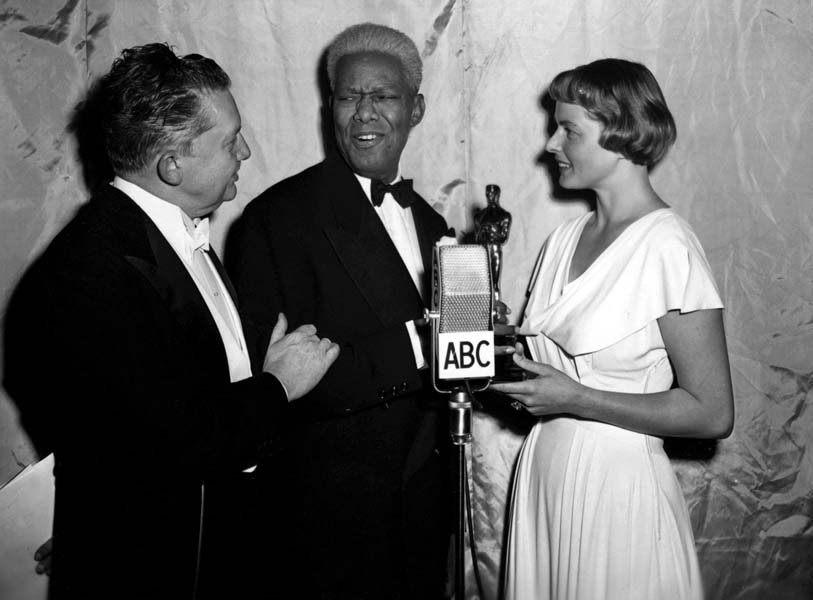 James Baskett, the first male African American to win an Academy Award, was born in Indianapolis, Indiana on February 16, 1904.  After high school Baskett planned to study pharmacy, but after he was offered a small part in a show in Chicago, Illinois his career path was forever changed.  Baskett continued to take small roles in Chicago plays for a time, but later he went to New York City, New York and joined the Lafayette Players Stock Company, where he stayed for many years.

Baskett first appeared on film in a feature role in Harlem is Heaven, and continued on in such films as Policy Man and Straight to Heaven.  Baskett was not confined to film and theater; he also played Gabby Gibson, a slick-talking lawyer on the popular radio program Amos ‘n’ Andy.

Baskett is best remembered for his portrayal of Uncle Remus in Disney’s 1946 picture Song of the South.  Baskett had actually only tested earlier for a minor role, but Disney remembered him and he was asked play as Uncle Remus.  In 1947, after some lobbying by popular Hollywood columnist Hedda Hopper, Baskett was awarded a special Academy Award “for his able and heartwarming characterization of Uncle Remus, friend and storyteller to the children of the world.”  Yet, although the film was praised by the academy, Baskett and Disney both met with heavy criticism from many in the African American community who felt that the film was rife with racist undertones and that it encouraged harmful stereotypes.  The debate over Song of the South continues, and due to this Disney has refused to release the film on home video in the United States.  James Baskett passed away on July 9, 1948.