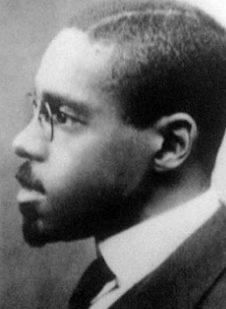 Over the course of three decades in the early twentieth century, Dr. William Harry Barnes greatly influenced the field of otolaryngology, a medical subspecialty focused on the ear, nose, throat, and related structures of the head and neck. An accomplished surgeon and researcher, Barnes’ used his surgical acumen to improve the hypophyscope, a device used by neurosurgeons to operate on the pituitary gland. He also developed a technique to remove a patient’s tonsils with little to no bleeding, in just ten minutes.

Born in Philadelphia, Pennsylvania on April 4, 1887, Barnes spent almost his entire life in the city. As a child, he lived with his parents, George Washington Barnes and Eliza R. Webb Barnes, and two sisters (Mary and Violet), on Lombard Street, near present day Center City. In 1912, the year he completed medical school, Barnes married Mattie E. Thomas. The couple had five sons, two of whom followed their father into the field of medicine.

Barnes knew from an early age that he wanted to be a doctor and dedicated himself to pursuing this goal. In 1908, he graduated from Philadelphia’s Central High School and, shortly thereafter, won a four-year scholarship to the University of Pennsylvania Medical School, the first African American to ever receive the award. Barnes completed his medical degree in four years, specializing in otolaryngology. In 1913, he began working at Frederick Douglass and Mercy Hospitals in Philadelphia and, in 1918, as a surgeon for the U.S. Public Health Service. In the early 1920s, after more than decade of experience, he accepted the position of chief otolaryngologist at Douglass Hospital.

Throughout his career, Barnes continued to seek out opportunities for training and professional development. He was constantly developing new and improved surgical techniques, including simplified procedures for treating tumors in the ear, nose, and throat.  During the early 1920s, he traveled to France for a year, to learn new surgical techniques at the Universities of Paris and Bordeaux.  In 1927, he became officially board-certified as an otolaryngologist, the first African American to be certified by any surgical board.

By the 1930s, he had expanded his expertise to include laryngology and bronchoesophagology, areas of medicine focused on the health of a patient’s lungs, airways, voice box, vocal cord, trachea, and other branches of bronchi. He organized and headed a Department of Bronchoesophagology at Mercy Hospital and served as a lecturer in the field at Howard Medical School in Washington, D.C.

In 1936, Barnes became president of the National Medical Association, an organization for African American medical professionals. He was also one of the founders of the Society for the Promotion of Negro Specialists in Medicine, acting as its Executive Secretary for many years, and held the position of President of the Philadelphia Academy of Medicine and Advanced Science.

An active community member, Barnes attended the Zoar Methodist Church in Philadelphia. He served as President of the Board of Trustees and founded the Zoar Community Building and Loan Association in 1924. In 1937, the city appointed (and would later re-appoint) him as one of the original members of the Philadelphia Housing Authority. While holding the position, he insisted on integration in public housing complexes and fair treatment for African American tenants. Barnes was a member of Sigma Pi Phi Fraternity.