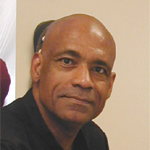 He has utilized research grants from the Maryland Agricultural Experiment Stations and the National Biological Control Institute, has been a fellow of both the Ford Foundation and the Entomological Society of America, and honored by the Ciba-Geigy Recognition Award, the Science Award from the Institute of Puerto Rico of New York, and the Bussart Memorial Award, among others.