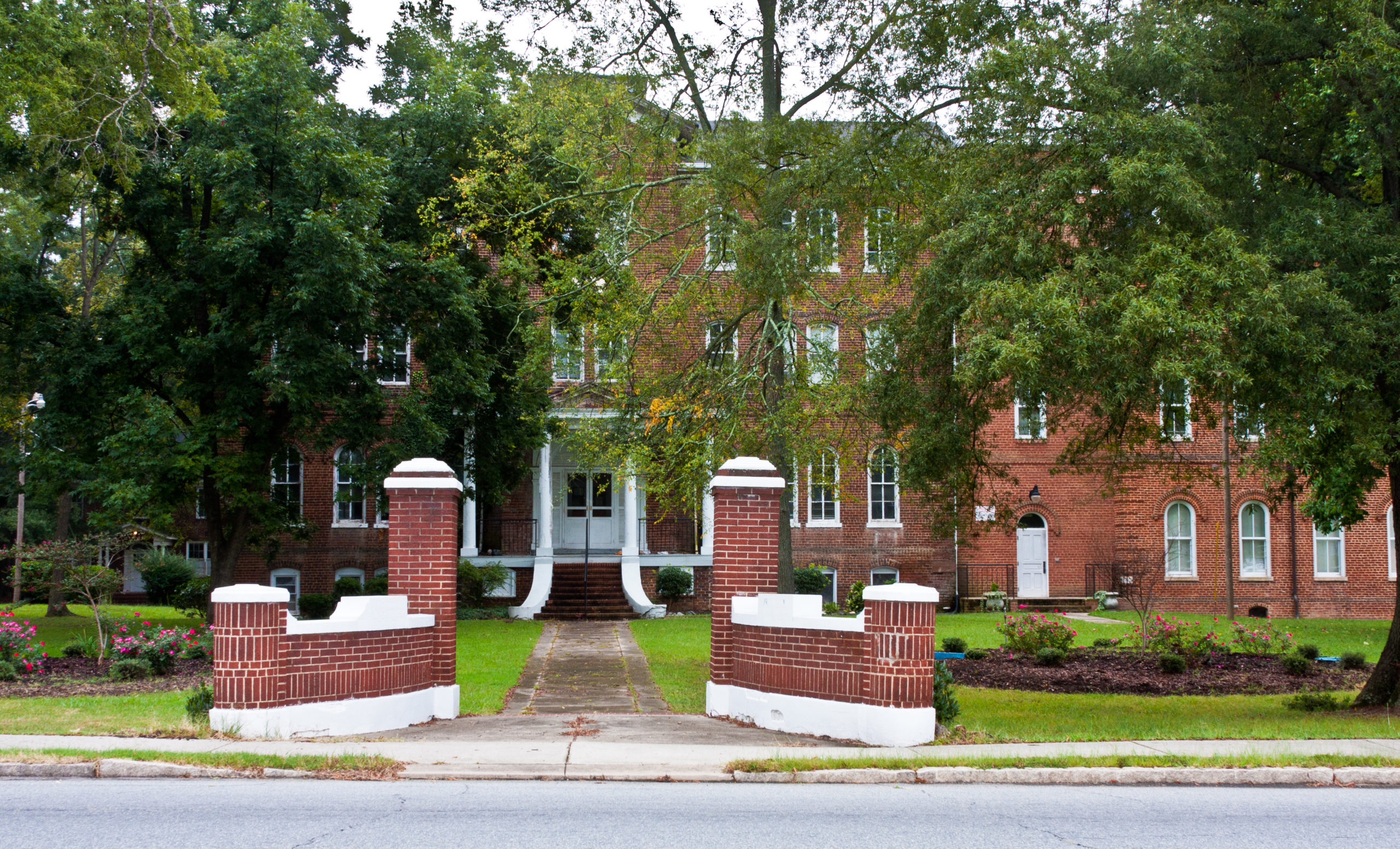 Barber-Scotia College is a coed liberal arts school founded by the Presbyterian Church in July 1867 by Reverend Luke Dorland as Scotia Seminary. Reverend Dorland was commissioned by the Presbyterian Church to create an institution to train black women in programs of elementary, secondary and normal school work in the South. After looking at a number of locales, he chose Concord, North Carolina as the site of the institution.

Modeled after Mount Holyoke College (then a women’s seminary), the purpose of the college was to improve the lives of freedwomen and to provide a pool of future leaders. The college, anticipating state certification, offered subjects in normal (teacher training), academic and homemaking programs.

In 1934, the Southern Association of Colleges and Secondary Schools granted Barber-Scotia full approval as a Class ‘A’ junior college.  In 1942, the Board of National Missions provided the funding to support a four-year college program.  Three years later Barber-Scotia College granted its first bachelor’s degrees.  The following year the North Carolina Board of Education granted the college a four-year rating, which made it possible for graduates to teach in public schools across the state.

Today Barber-Scotia offers both Bachelor of Arts and Bachelor of Science degrees with the majority of students specializing in either the social sciences or business administration.

On April 2, 1954 Barber-Scotia became one of the first institutions in North Carolina to amend its charter to admit students without regard to sex or race. Following closely on the heels of this decision, the college was admitted to full membership in the Southern Association of Colleges and Schools.

Barber-Scotia College’s most distinguished graduate, educator Mary McLeod Bethune, class of 1894, is honored on campus with a hall named after her. The college’s enrollment in 2007 was 543 students, 93% of whom were African American.