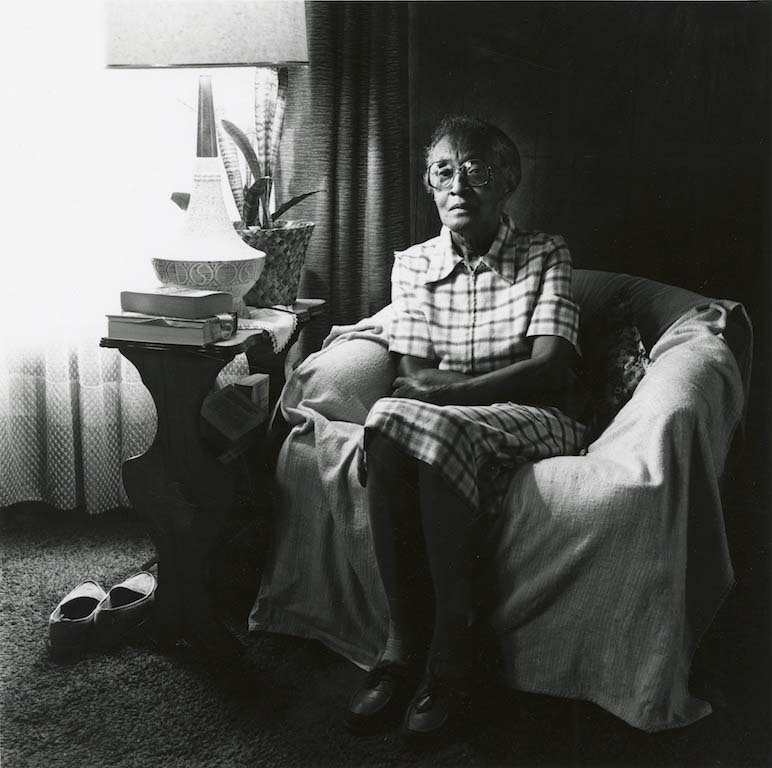 Mary Lucille Perkins Bankhead, lifelong resident of Salt Lake City and member of the Genesis Group leadership, was born in Salt Lake City, Utah, on August 9, 1902. Her father, Sylvester Perkins, was a cowboy and farmer.  Her mother, Martha Anne Jane Stevens Perkins Howell, was a homemaker and a farmworker. Martha and Sylvester celebrated a double wedding in 1899 with Nettie Jane (granddaughter of the famous Jane Manning James) and Louis Leggroan. The Perkins family proudly claimed Green Flake (Martha’s grandfather and one of three “colored servants” among the vanguard Mormon pioneers) as their ancestor.

Lucille Perkins grew up on a homestead originally granted by President Ulysses S. Grant. She was a lifelong member of The Church of Jesus Christ of Latter-day Saints (LDS). According to Bankhead, the relationship among neighbors was characterized more by camaraderie than by racial tensions, though she certainly found racial tension in her LDS congregation.

In 1922 Lucille Perkins married Thomas LeRoy Bankhead, a descendant of Nathan Bankhead, a slave of Mormon pioneers. Lucille and LeRoy had a total of eight children. The marriage lasted forty-five years until LeRoy died on February 18, 1968.

Bankhead maintained a close but complicated relationship with the LDS Church throughout her life. Her father and husband were Mormons, but both had refused to attend church. Her husband participated in social engagements and charitable activities sponsored by the church and accompanied Bankhead to meetings. However, rather than attend these meetings, he would wait for Lucille in the car in cold weather or in storms.

Their sons were practicing Mormons, but during their youth, the LDS Church was still enforcing its ban on blacks entering the priesthood. The Bankhead sons did not remain active in the LDS Church.  Lucille Bankhead believed that people, rather than God, were responsible for the priesthood restriction.

Bankhead challenged the legitimacy of white supremacy on several fronts. In 1939 a Utah state senator proposed to relocate Salt Lake City’s black residents to a different side of the city in an effort to obtain black-owned real estate. Bankhead and members of her arts and crafts club went to the capitol and sat in the gallery for several hours. She and her group were able to stop this land repossession. When Bankhead served as secretary for the Daughters of Utah Pioneers, she was set to deliver a speech. As she approached the entrance of the meeting hall, the doorman closed the door. He expected Bankhead to enter through the kitchen, but she managed to have the door opened for her and delivered her speech as planned.

When the Genesis Group (a support group for black Mormons) was organized in 1971, Lucille Bankhead became the president of its Relief Society (the women’s organization).  She also participated in the proxy endowment (an LDS temple ordinance) of Jane Elizabeth Manning James, a black woman close to LDS founder Joseph Smith. She was also a featured speaker at the first annual Ebony Rose Black History conference in 1987.

Mary Lucille Perkins Bankhead passed away in Salt Lake City on June 16, 1994, and is buried in the Elysian Gardens Cemetery. She was ninety-one.