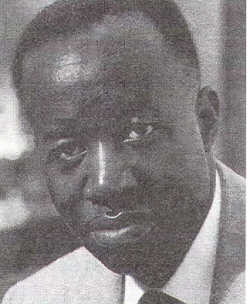 Lester Oliver Bankhead was among a handful of pioneering black architects in Los Angeles in the 1950s.  Although he faced the racial prejudice of his time, he was able to obtain work from Hollywood celebrities, such as actor Lorne Greene of the television series Bonanza; Kelly Lang, a well-known Los Angeles, California news anchor; and H.B. Barnum, noted music producer and arranger for Frank Sinatra and Smokey Robinson & the Miracles.

Lester Bankhead, the eldest of six children, was born on April 20, 1912, in Union, South Carolina.  His parents were John Hayes Bankhead and Pearl Eugenia Eskew.  Bankhead had hoped to attend Tuskegee Institute in Alabama, but the lack of financial support forced him to seek training elsewhere.  He wrote to Voorhees College in Denmark, South Carolina, and was later enrolled in 1937.  Bankhead stated that he graduated from Voorhees with a degree in agriculture and a certificate in carpentry in 1941.

After graduating from college, Bankhead was drafted into the U.S. Army in 1942.  Upon completion of basic training his unit was ordered to assist in the liberation of North Africa.  After being discharged from the Army, Bankhead moved Los Angeles and settled within the Central Avenue community.  He attended the Los Angeles City College, Otis Art Institute, and Los Angeles Trade Technical College.  Bankhead worked various jobs and eventually began his own practice in the 1950s.

Although Bankhead designed homes, his emphasis as an architect was church design.  Bankhead’s most notable buildings include Chapel of Faith Baptist Church, Greater Life Missionary Church, and New Jerusalem Missionary Baptist Church.  Voorhees College honored Bankhead as one of “100 distinguished Alumni” at the Association for Equal Opportunity in Higher Education in 1988. Bankhead died in Los Angeles in 1997.