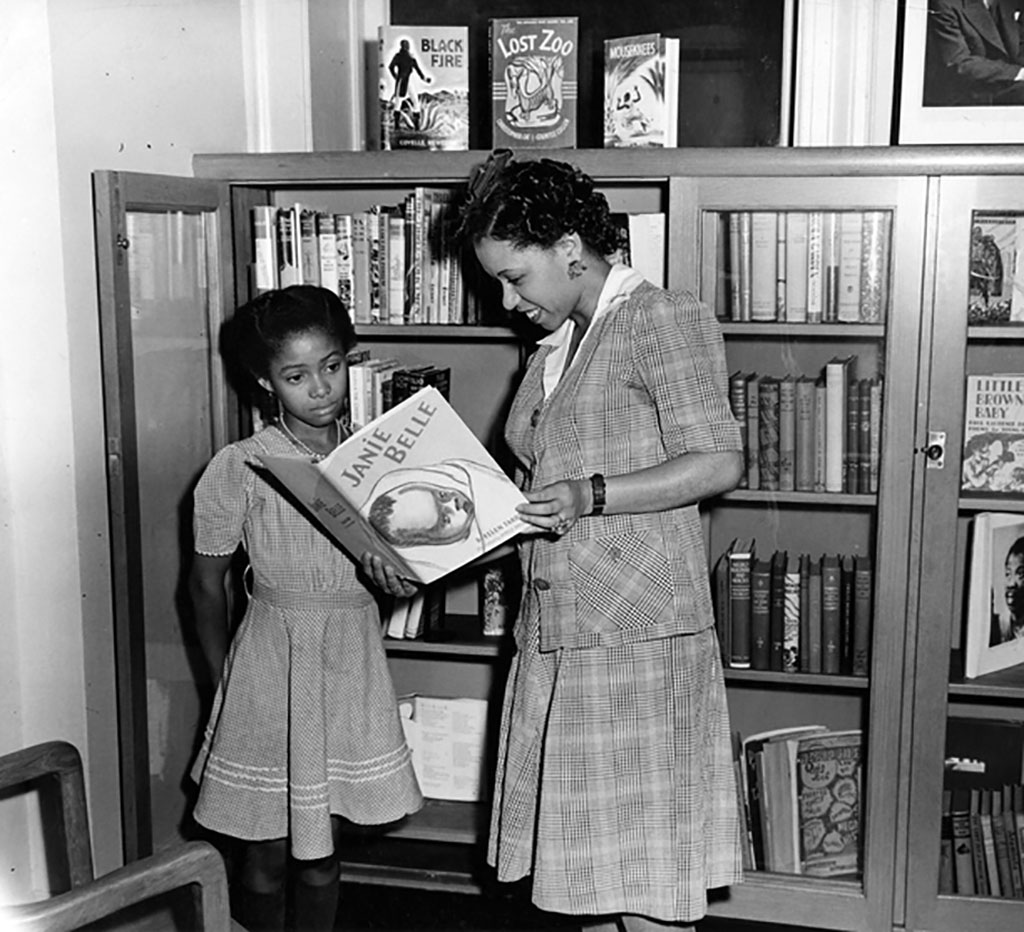 Librarian, author, and storyteller Augusta Braxston Baker was the first African American woman to hold an administrative position with the New York Public Library (NYPL). She was a pioneering advocate of the positive portrayal of blacks in children’s literature, and beginning in the 1930s removed books with negative stereotypes from the NYPL shelves.

Baker was born in Baltimore, Maryland on April 1, 1911 to educators Winfort and Mabel Braxston. She graduated at age 16 from the all-black high school where her father taught, and in 1927 she entered the University of Pittsburgh, Pennsylvania. Three years later she married James Henry Baker, Jr., and transferred to New York College for Teachers (now State University of New York at Albany), where she earned her BA in 1933 and a BS in library science in 1934.

In 1937 Baker began work as a children’s librarian at the New York Public Library. Early on she recognized the lack of positive role models in children’s literature for young African American readers. She identified and removed from the library shelves books that depicted black characters as lazy, ill-spoken, or illustrated with distorted body features. Her work as the assistant coordinator and storytelling specialist at the NYPL’s 135th Street Harlem Branch (now the Countee Cullen Branch) brought her into contact with Arthur Schomburg and James Weldon Johnson who worked to improve the children’s section of the branch, financing the purchase of new books with unbiased and accurate images of African Americans.

In 1961 Baker became the NYPL’s first African American children’s services coordinator overseeing all 82 branches of the New York Public Library, a position she held until her retirement in 1974. She also served as a consultant to the public television program Sesame Street. After her retirement from the New York Public Library, Baker moved to Columbia, South Carolina to become the University of South Carolina’s story-teller-in-residence at the school’s College of Library and Information Science. In 1986, the school collaborated with the Richland County Public Library to establish an annual celebration of stories in her honor. She remained with the school until 1994.

Baker remarried in 1944 to Gordon Alexander. She had one son from her first marriage, James H. Baker III. She died at the age of 86 on February 23, 1998 in Columbia, South Carolina.