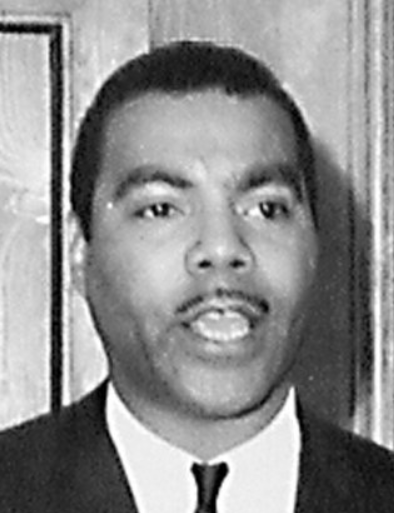 Dr. William H. “Bob” Bailey, Las Vegas entertainer, entrepreneur, and civil rights activist, was born in Detroit, Michigan, on February 14, 1927, to John and Margaret Bailey. Bailey received a B.A. in Business Law at Morehouse College in Atlanta, Georgia, sometime in the late 1940s or early 1950s.  He later attended the School of Radio and Television in New York City and engaged in specialized studies at the Columbia Theater. He also took classes in real estate and land law at the University of Nevada, Las Vegas. Bailey was in the first graduating class of the Institute of Minority Business Education at the Howard University School of Business in Washington, D.C. He received his Doctorate of Human Letters from National University, San Diego, California, in 1987.

Bailey first arrived in Las Vegas in 1955 to perform at the Moulin Rouge, the first racially integrated hotel and casino in Nevada. When it closed later that year, he remained in the city and soon afterward engaged in civil rights work. He joined the Las Vegas branch of the National Association for the Advancement of Colored People (NAACP) and led the effort to integrate other casinos.

Bailey also promoted training and education as part of the civil rights struggle. During the 1960s, he established several training programs, including a radio training school for black youth and the first training program for black dealers for entry into Las Vegas casinos. Additionally, he created the first on-the-job program for people of color at the Circus Circus Hotel and Casino.

As an outspoken advocate for minority small business, he formed the Nevada Economic Development Company (NEDCO) in the late 1970s. Under his leadership, the agency raised and distributed more than $300 million to help develop minority-owned businesses. Bailey also assisted in the development of the Latin Chamber of Commerce, the Minority Business Council, the Minority Contractors Association, and served on the organizing board of the Black Chamber of Commerce (now known as the Urban Chamber).

In 1962 Nevada Governor Grant Sawyer appointed Bailey chairman of the Equal Rights Commission. His work on that commission later led President George Bush in 1996 to appoint Bailey as deputy director of the Minority Business Development Agency in the U.S. Department of Commerce. While there, Bailey helped secure $30 million in contracts for the minority-owned businesses which participated in the rebuilding of Kuwait. Upon his return to Las Vegas, Bailey was elected president of the National Association of Minority Business (NAMB).

Bailey was also instrumental in promoting cultural events such as choral concerts in Las Vegas at Easter, Christmas, and other holidays. He produced and directed “Talk of the Town,” one of the first all-black television shows in the nation. He was also hailed for his production of Vocal Extravaganza in Black, a show that ran for five years, which highlighted choirs from black universities and colleges and presented them in concert in Las Vegas. As a testament to his decades-long contribution to the Las Vegas community, the new William H. “Bob” Bailey Middle School, one of the largest in the Las Vegas Valley, was opened in 2006.

William H. “Bob” Bailey died in 2014 in Las Vegas at the age of eighty-seven.