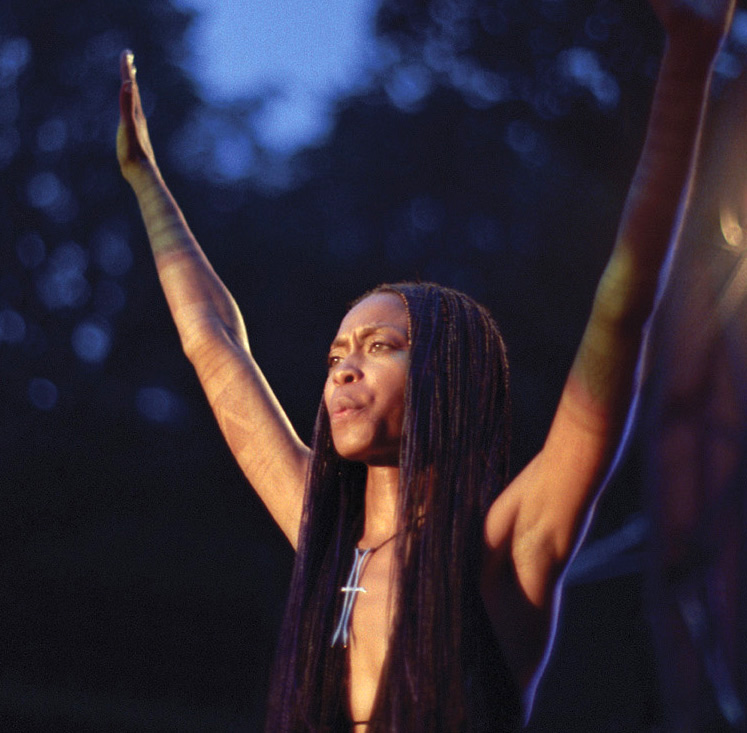 Erykah Badu is an award-winning singer and songwriter who has been hailed as one of the most gifted rhythm and blues singers of the current era and has earned her title as the Queen of neo-soul; a mix of modern soul and R&B with influences from hip-hop, jazz, pop, African music, and beyond.

Born February 26, 1971 in Dallas, Texas as Erica Abi Wright, Badu was raised by her mother, godmother, and two grandmothers alongside her siblings Eevin and Nayrok. Badu had an early exposure to the dramatic arts as her mother Kolleen, and her grandmother, both acted in local theater.

At age seven Badu learned to play piano and at 14 she began freestyle rapping at a local radio station. Badu attended Booker T. Washington High School for the Performing and Visual Arts in Dallas where she studied theater and dance and became known as the talented rapper MC Apples in the hip hop duo the Def Ones. While in school Badu changed the spelling of her name to Erykah: ‘kah’ meaning inner light in Egyptian, as Badu wanted to shed her “slave name.” In subsequent years she changed Wright to Badu, borrowing the word from a favored scatting phrase, which she later found meant to manifest light and truth in Arabic.

While attending Grambling State University beginning in 1989, Badu rapped over beats her cousin Robert “Free” Bradford sent her while he was studying music production in Chicago, Illinois. One of Bradford’s beats inspired Badu to sing instead of rap, and her singing career began. Badu and Bradford worked together as Erykah Free until Badu received an offer from Kedar Entertainment, a division of Universal Records with the stipulation she work as a solo artist.

In 1997 Badu’s first single “On & On” was released and became instantly popular, as it topped the Billboard’s R&B chart, becoming the first neo-soul single to do so. Within a month Badu’s first album, Baduizm, was released which was also a success; it rose to no. 2 on the pop album charts and went triple platinum.

Badu’s early works established her as a critically-acclaimed artist, as “On & On” won a Grammy Award and a Soul Train Music Award, while Baduizm won a Grammy, an American Music Award, two NAACP awards, and three Soul Train awards. Badu’s label branded her as a neo-soul artist, a genre in which she quickly became an icon. Badu has continuously been recognized and awarded for her talent throughout her career.

Since Badu’s debut on the music scene she’s remained busy touring, creating music, and working with numerous other talents of all kinds. Badu has also acted in multiple films including The Cider House Rules (1999) and House of D (2004). Badu is a certified doula (a support system or childbirth coach for expecting mothers), a third degree Reiki master, and a certified holistic health practitioner. In 1997 Badu created a charity called Beautiful Love Incorporated Nonprofit Development (BLIND) with the goal of cultivating community development for inner city youth through the arts.