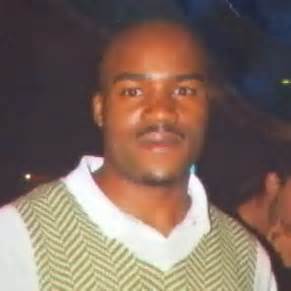 Twenty-nine-year-old Alonzo Ashley was killed during a struggle with police officers at the Denver Zoo in Colorado. The Coroner ruled his death a homicide, meaning Ashley died at the hands of others.  The questionable circumstances around Ashley’s death was one of numerous cases that helped inspire the national Black Lives Matter movement founded in 2013.

On July 18, Alonzo Ashley was at the Denver Zoo with his girlfriend, identified only as Elana. At around 5 p.m., Ashley began showing signs of heat exhaustion or heat stroke. He sat down on the ground by the elephant exhibit and soon afterwards appeared to be unconscious.  His condition caused a Zoo security guard to raise an alarm and approach Ashley. At first Ashley was unresponsive, but after a few minutes he got up, claimed he was just hot, wanted to be left alone.  He then walked over to a drinking fountain. Ashley put his head under the fountain to cool off and the security guard asked him to stop.  Confused by the guard’s request and his recent unconscious status, Ashley acted out angrily against the guard. He began throwing trash cans around and behaving erratically. This sudden change in his behavior caused the guard to call 911.

As the guard was calling police, Ashley began to chase the Zoo officer and beat on him with his fists, before returning back to his girlfriend, Elena. Eight Denver Police officers arrived on the scene and one used a taser gun to restrain Ashley, as he was not responding to their requests. Ashley was then wrestled to his stomach by the officers. To restrain him, they crossed Ashley’s legs and pressed them towards his buttocks. Then they placed him in cuffs. Ashley began to convulse and then stopped breathing. He was pronounced dead at the scene.

Ashley’s death was later determined to be cardio-respiratory arrest, possibly brought on by dehydration, over-heating, and exertion from the struggle with the eight police officers and the force of restraint used against him. The eight officers involved in the case were never disciplined and in January 2012, they were officially cleared of any wrong doing. One year later, in 2013, the city of Denver agreed to pay Ashley’s family $295,000 in damages as a result of their wrongful death suit. The Ashley family continues to petition for a water fountain at the Zoo dedicated to Alonzo Ashley’s memory.