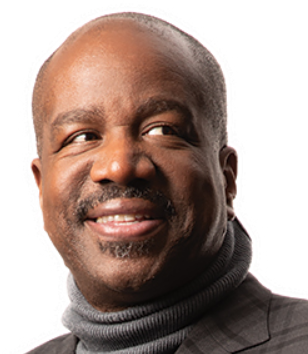 Orlando Ashford is the former president of Holland America Line. He assumed this position in 2014 and stepped down in 2020. Holland America Line was founded in 1873, and until 1989, it was a Dutch-owned passenger and cargo shipping line operating primarily between the Netherlands and North America. In 1989 it became a subsidiary of the Carnival Corporation.

Born to working class parents in Bangor, Maine, Ashford grew up primarily in New Jersey and entered Purdue University in 1986, earning a Bachelor’s Degree in Organizational Leadership in 1991 and a Master’s Degree in Industrial Technology in 1993. He has worked in cities around the world, including New York, New York; Istanbul, Turkey; Atlanta, Georgia; Chicago, Illinois; Seattle, Washington; and Montreal and Toronto, Canada.

Prior to his position at Holland America Line, Ashford served as senior vice president, chief of human resources, and communications officer of Marsh & McLennan Companies. He also has held several other leadership roles during his career, including leading the talent business at Mercer Consulting, and group director of human resources for Coca-Cola’s Eurasia and Africa Division.

In his position as president of Holland America Line, Ashford directed the operations of a fleet of 14 cruise ships and the work of 14,000 employees. The line which carries about 850,000 passengers annually, offers cruises to 415 ports in 98 countries and all seven continents, including Antarctica. Building on his previous corporate expertise and roles, Ashford provided global perspective and support for cultural diversity and leadership for Holland America Line.

Ashford has been recognized throughout his career. In 2004 he received the CEO Award for Outstanding Performance at Motorola. In 2016 he was named to Savoy magazine’s list of the Top 100 Most Influential Blacks in Corporate America.

Ashford is a founding member of the Seattle chapter of Positive Coaching Alliance (PCA), which provides education and awareness to student athletes, parents, and coaches about the importance and impact of coaching and sports on youth. He has served on the board of the Executive Leadership Council (ELC) since 2011 and in 2017 was named chairman of the board. Moreover, Ashford serves on the board of directors for ITT Corporation, a global manufacturing company, and was a member of the National Association of Corporate Directors (NACD) 2013 and 2014 “Directorship 100” group.  He is a member of Sigma Pi Phi Fraternity.

He has been honored as a Purdue University School of Technology Distinguished Alumnus, a director for Prep for Prep, and Streetwise Partners, an organization that brings together people from low-income and working class economic backgrounds and volunteer business professionals to enhance their workplace skills and networking opportunities. Ashford also published a book in 2014 called Talentism, which leverages his human capital expertise to explore the evolving role of technology in identifying talent for jobs. Orlando Ashford currently lives near Seattle, Washington, with his family.