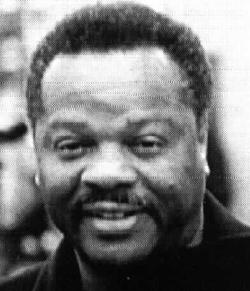 While at Southwestern Christian College, Asante met Essien Essien, a Nigerian scholar, who inspired Asante to learn more about Africa.  After completing his undergraduate degree, Smith undertook studies of African languages and literature. He began to visit Africa frequently and spent a year on the continent in 1982, while serving as director of the English language journalism curriculum at the Zimbabwe Institute of Mass Communications.

Smith began his teaching career as an assistant professor of Communications at Purdue University (Indiana) in 1968.  The next year he moved to the University of California at Los Angeles (UCLA).  While there, he published his first book, The Rhetoric of the Black Revolution, one of the first works to analyze the language of the Civil Rights Movement.  Following its publication Smith was named director of the Center for Afro-American Studies.   He adopted the name Molefi Kete Asante in 1973 while visiting the University of Ghana.

Later in 1973 Asante became professor and chair of the department of communications at The State University of New York at Buffalo. During this period, he wrote several works on communicating across racial lines, including Transracial Communication, which was published in 1973.

In 1980, while a professor at Temple University in Philadelphia, Pennsylvania, Asante published Afrocentricity: The Theory of Social Change.  This was one of the first major explorations into the theory of Afrocentricity, which had gained momentum in the Black Power phase of the Civil Rights Movement in the late 1960s.  Asante, in an interview with the editors of Contemporary Black Biography, claimed that he founded the “Afrocentric Movement” to “examine why it was that we African-Americans as a people were so disoriented.” He also told Newsweek magazine that “Afrocentricity believes that in order to have a stable society, we must always have a society that respects difference.”  The Afrocentric theory, he argued, “attempts to repair the damage of hundreds of years of mistreatment that Africans have endured at the hands of a Eurocentric society.” It “shows how… [African Americans] can get back to a center where we begin to see reality from our own history.”

Asante expanded his themes in a 1987 book called The Afrocentric Idea.  He explained that Afrocentricity proposes “not only a new perspective but a different framework for understanding human behavior.”  As Asante and other Afrocentrists continued to speak and write, they focused increasingly on the African nature of Egyptian civilization and the pioneering role of Egyptian culture in world history.  As new demands arose, particularly among African Americans, for exclusively “Afrocentric” studies, Asante maintained that “a truly Afrocentric rhetoric…is…wholly committed to the propagation of a more humanistic vision of the world.”  Nonetheless a number of academic critics led by historian Arthur Schlesinger, Jr. charged that ‘Afrocentrism’ isolated both African scholarship and people of African ancestry from the rest of humanity.  Schlesinger expressed the views of many when he accused Asante and others of “saying, essentially…that Africa is the source of all good and Europe is the source of all evil.”

Despite the controversy over his work, Asante remained both professor and chair of African American Studies at Temple University until 1996. In his capacity as chair he led the first department in the United States to grant a Ph.D. degree in the field of African American Studies.  In 1996, however, he resigned the chair in a dispute with colleagues and university officials.

Asante has also served as a vice president of the African Heritage Studies Association as well as the National Council of Black Studies, where he edited the Journal of Black Studies, beginning in 1969.  Molefi Asante continues to teach and publish in African American studies at Temple University.