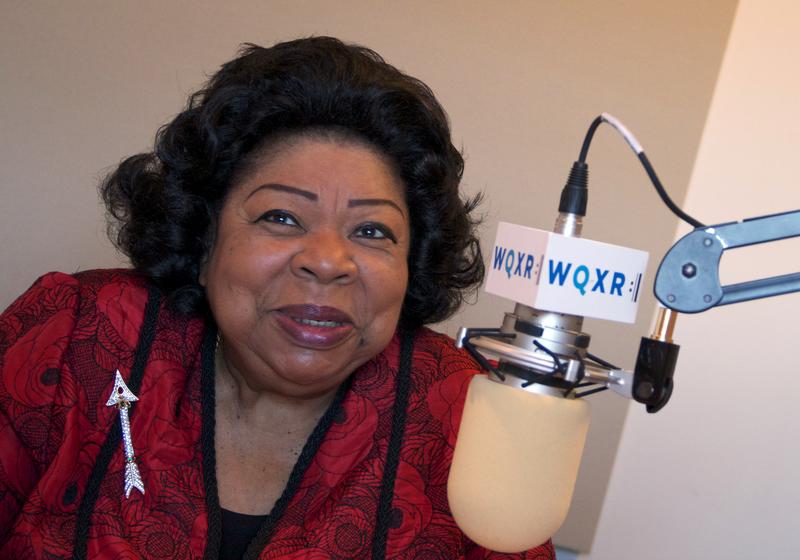 Born to a Puerto Rican father and African American mother, Martina Arroyo was a world-renowned operatic soprano from the 1960s through 1989, the year of her professional retirement. She and her contemporaries were the first generation of African American opera soloists to attain international success and were instrumental in overcoming racial discrimination in the world of opera.

Arroyo was raised in Harlem, New York and is the younger of two children born to her parents, Demetrio Arroyo and Lucille Washington. As a mechanical engineer, her father earned an exceptional income that allowed her mother to stay home with their children. Additionally, the family was afforded the pleasure to partake in the city’s varied and numerous cultural offerings, including theatre and concerts thus giving Martina her early exposure to the world of classical music.

It was the Broadway shows, however, that the family attended that ignited her interest in performing and her mother, an amateur pianist, humored her dreams by teaching her to play the instrument and allowing her to take ballet lessons. The Baptist church choir, along with her attendance at the elite Hunter College High School, played pivotal roles in Arroyo’s musical aspirations.

After graduating from high school in 1953, Arroyo attended Hunter College to pursue a degree in social work, and, as a hobby, studied voice in an opera workshop. Recognizing her unique, but raw talent, her instructor Joseph Turnau introduced her to Marinka Gurewich, a voice instructor. Their partnership flourished until Gurewich’s death in 1990.  In 1956, Arroyo graduated from Hunter with a B.A. and began working as a case worker, and later, as an English teacher at Bronx High School. She soon realized that working was not conducive to studying singing.

Her life changed dramatically in 1958 when she became one of the winners of the Metropolitan Opera Auditions of the Air. In 1959, she debuted as the Celestial Voice in the opera Don Carlo, to much acclaim. Later, she moved to Europe where her career continued to soar.

In 1965, Arroyo replaced an ailing Birgit Nilsson in Aida at the Metropolitan Opera, making this opportunity her “second” debut at the prestigious venue.  Arroyo also found welcoming television audiences during the 1970s where she was a regular guest of The Tonight Show and appeared as a guest on The Odd Couple.

A recipient of numerous awards and appointments, including her appointment by President Gerald Ford to the National Council of the Arts in 1976, a 2000 Fellow of the American Academy of Arts and Sciences, an Opera Honors Award from the National Endowment for the Arts, and an honorary doctorate of Fine Arts from Rutgers University.

Arroyo founded the Martina Arroyo Foundation in 2003 to develop and nurture the skills of talented young artists.  She has taught at the University of Delaware, Wilberforce University, Lousiana State University, the International Sommerakademie-Mozarteum in Salzburg, Austria, the University of Californa, Los Angeles (UCLA), and Indiana University, where she is currently a faculty member.

In 1961, Arroyo married violist Emilio Poggioni, but later divorced. She was married to banker Michel Maurel, until his death in 2011.  She currently lives in New York City.