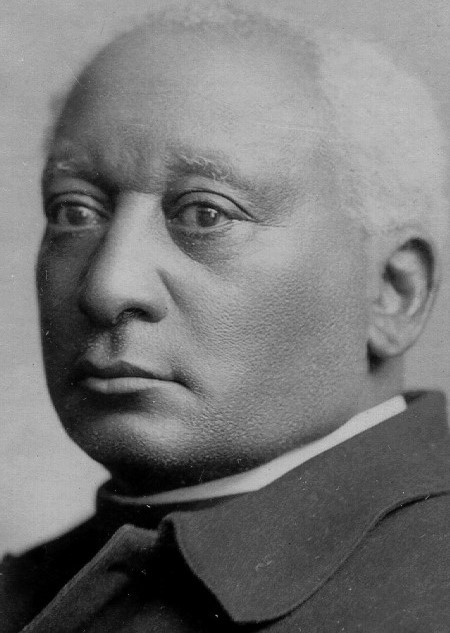 Benjamin W. Arnett was an African American administrator, minister, and politician. He was born a free man in Brownsville, Fayette County, Pennsylvania, on March 6, 1838. The grandson of Samuel and Mary Louise Arnett, he was half African American, three-eighths Scottish, one-sixteenth Native American, and one-sixteenth Irish. Near his hometown, he attended a one-room schoolhouse that was taught by his father’s brother, Ephram Arnett.

In his youth, Arnett worked as a wagon boy, a waiter, and a stevedore loading and unloading wagons on the docks. While Arnett was working on a steamboat, he suffered an ankle injury that caused a tumor and later amputation in March of 1858. He received a teacher’s certificate on December 19, 1858, and became the first and for a while the only teacher in Fayette County. For ten months during the 1864–1865 school year, he taught and served as principal in a Washington, D.C. school, afterward returning to Brownsville to teach for another two years.

Arnett joined the African Methodist Episcopal (A.M.E.) church in 1856 and nine years later received a license to preach in 1865 at the Baltimore Annual Conference in Washington, D.C. His first appointment was at Walnut Hills Church in Cincinnati in 1867. He was ordained a deacon the next year and in 1870 was ordained an elder by Bishop Daniel A. Payne in Xenia, Ohio. Arnett served some of the wealthiest and most prestigious churches in the conference, eventually as longtime pastor of Allen Temple in Cincinnati.

Arnett became the seventeenth elected bishop of the AME Church in 1888. In 1880 and again in 1884, he was elected to financial secretary of the AME Church, a position that allowed him to settle permanently in Wilberforce, the intellectual center of the church in Ohio. In 1885 the Wilberforce College faculty chose him to run for the Greene County Republican legislative nomination. He won the nomination and subsequent election, serving in the Ohio House of Representatives from 1887 to 1889.  While there, he supported Wilberforce by getting a state facility on the campus.

Arnett held numerous positions during his career, including secretary of the National Equal Rights League, life member of the National Negro Business League, secretary of Bishopric Council (1889–1896), president of the A.M.E. General Board of Education (1888–1896), president of the board of trustees of Wilberforce University (1891–1896), and vice-president of the Normal and Industrial Board of Trustees, Wilberforce (1893–1896). He was also a member of the Parliament of Religions at the 1896 Chicago World’s Fair.