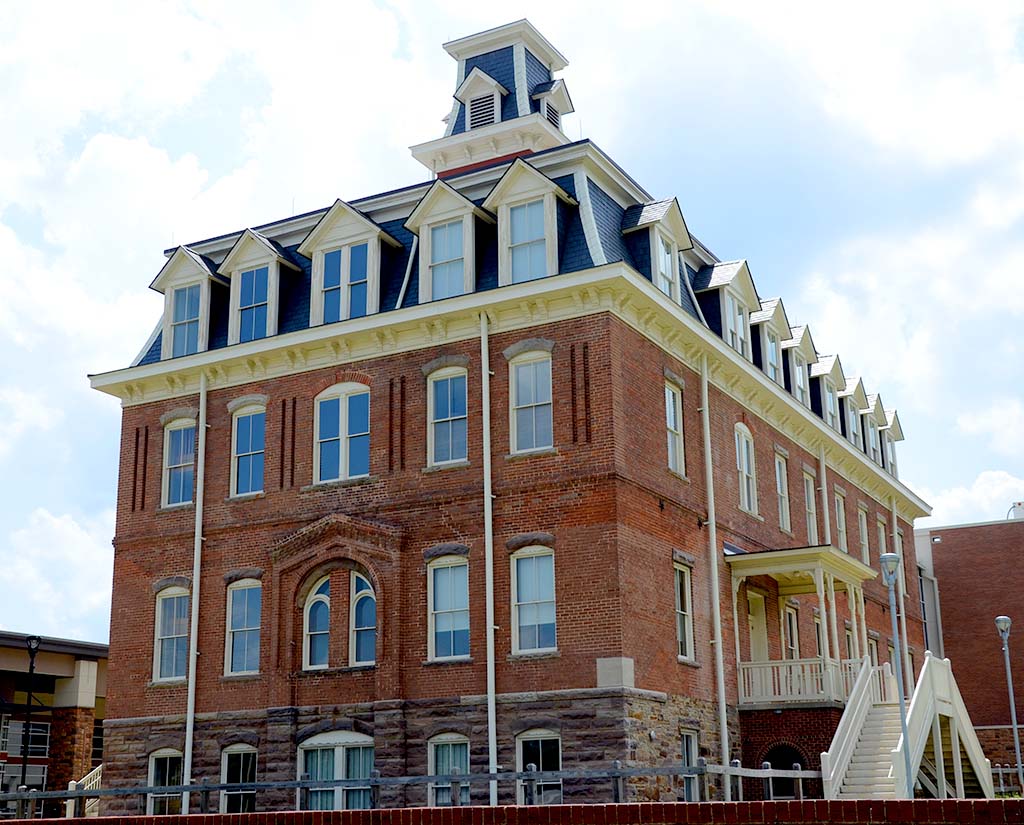 Arkansas Baptist College is the only Baptist Historically Black College and/or University (HBCU) west of the Mississippi River.  In 1884 the executive Board of the Convention of Colored Baptists hired Reverend J.P. Lawson, a white Baptist minister from Joplin, Missouri, to serve as the principal and  teacher.  At the same time a block of land was purchased at 16th and High Streets within the Little Rock city limits where several buildings were erected. The campus remains at this site today.  Old Main, the college’s administration building, which was completed in 1893, is the oldest structure in the state of Arkansas established for the purpose of educating African Americans.

The first president, Dr. Joseph A. Booker, served from 1887 until his death in 1926.  He was succeeded by Rev. S.P. Nelson, Reverend R.C. Woods, and Reverend S.R. Tillinghast, respectively.  Dr. Tandy Washington Coggs, the fifth president, served from 1937 to 1955.  It was during the tenure of Dr. Coggs, in 1947, that the college received its initial two-year accreditation from the Arkansas State Department of Education.

In 2006 Arkansas Baptist College received four-year accreditation from the Commission on Higher Learning, North Central Association, and the National Council for the Accreditation of Teacher Education (NCATE).  ABC offers a variety of programs at both the associate and bachelor’s levels, including Business Administration, Public Administration, Human Services, Religious Studies and Christian Education.

In 2009-2010 ABC announced the successful completion of a pilot program for male residents at the Department of Community Corrections (DCC) and the proposed expansion of the program to allow female DCC residents to participate in the future.  In 2007 Arkansas Baptist College received $200,000 from Dr. Emeral Crosby, the largest gift from an alumnus in the institution’s history. With that donation the College launched a $25 Million Capital Campaign that includes a community redevelopment component for the surrounding neighborhood.  This multi-year project is geared towards developing a cleaner and safer neighborhood around ABC, teaching students important lessons in urban development and capitalism, and building bridges with the community and the city of Little Rock.

Arkansas Baptist College is an urban religious college focused on serving the needs of its students and community.  In 2010 its enrollment was 950 students.