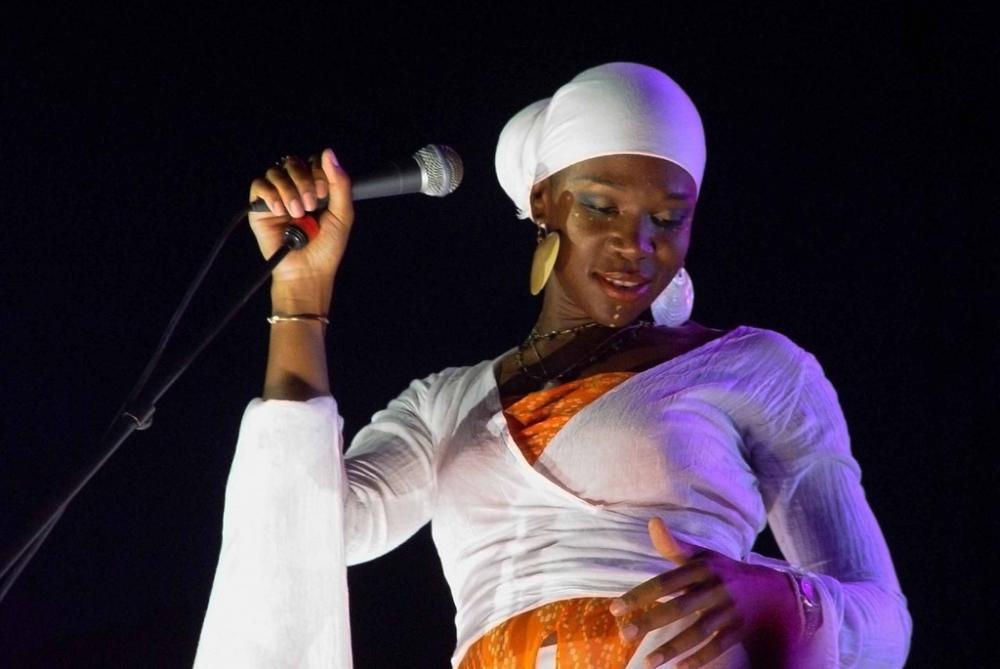 India Arie is a four-time Grammy award-winning singer, songwriter, actress, and record producer. She has sold over 10 million records worldwide.

Arie was born in Denver, Colorado on October 3, 1975 to parents Joyce and Ralph Simpson. When she was 13, her parents divorced and Arie moved with her mother and siblings to Atlanta, Georgia. When she got to Atlanta, Arie began to play guitar. Arie went on to also play the saxophone, baritone clarinet, French horn, and trumpet. Arie attended Savannah College of Arts and Design where she studied jewelry design. She would eventually give this up to focus her attention on music.

Collaborating with other local artists in Atlanta, Arie and the artists eventually formed the music group Groovement. The group was very successful, but in 1999, Arie was discovered by and signed a deal with Motown records in Los Angeles, California.  There at the age of 24 she began her career as a solo artist.

Arie is famous for writing songs about female empowerment and dismissing the societal standards of beauty. Arie’s debut album, Acoustic Soul, was released in 2001 and earned her seven Grammy nominations. The album was also certified double platinum by the Music Industry Association of America (RIAA).

In 2002, Arie released her second album, Voyage to India. It was certified platinum by the RIAA and it won Best R&BAlbum at the 2003 Grammy Awards. Arie’s success continued with her albums Testimony: Vol 1, Life and Relationship and Testimony: Vol 2, Love and Politics released in 2006 and 2009, respectively. Her album, Testimony: Vol 2 debuted at #3 on the Billboard 200 list. Arie took a few years off from making music and in 2013, she released her fifth album, Songversation. Arie released a collaborative album with musician Joe Sample called Christmas with Friends in 2015. In 2016, she released a song called “Breathe” that was inspired by the Black Lives Matter movement and the death of Eric Garner. In 2017, Arie released her first EP called Songversation: Medicine.