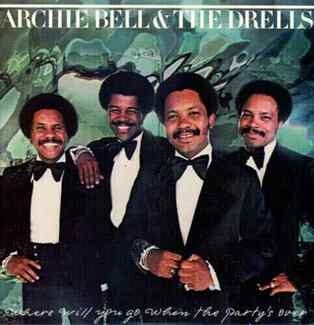 Rhythm and blues vocal ensemble Archie Bell & the Drells was established in 1968 by lyricist Archie Bell.  He was born in Henderson, Texas, on September 1, 1944, and reared in Houston. At the age of 10, he started singing in local clubs. When Bell was at Leo Smith Junior High School in Houston in 1956, he gathered musical friends from his neighborhood, James Wise, born on May 1, 1948, in Houston; Lucious Larkins, born in Jacksonville, Florida, on July 2, 1946; Willie Pernell, born April 12, 1945, in Houston; and lyricist Billy Butler, the brother of the legendary R&B singer Jerry Butler, who was born on June 7, 1945, in Chicago, Illinois. Lee Bell, Archie’s brother, and the group’s choreographer, was born in Houston on January 14, 1946. In 1967, the ensemble, called Archie Bell & The Drells, signed with Ovide Records and scored a regional hit with the single “She’s My Woman, She’s My Girl.”

Archie Bell was drafted into the United States Army on May 12, 1967, and stationed in Vietnam. While on “rest and recuperation” leave from the Army, Bell recorded “Tighten Up,” which he and Billy Butler wrote with musical accompaniment by the Texas Southern University Tornadoes. Released in December 1967, “Tighten Up” became a hit in Houston, and in 1968, Atlantic Records released the song for nationwide distribution. The single peaked at #1 on the Billboard R&B and Hot 100 charts for two weeks. Besides, it was ranked #265 on Rolling Stone’s list of the 500 Greatest Songs of All Time and sold more than a million copies, thus receiving a gold certification from the RIAA. The parent album, also titled Tighten Up, peaked at # 15 R&B and # 142 on the Pop chart.

On April 15, 1969, Bell honorably completed his military obligation and returned to Archie Bell & the Drells. They recorded their first full album with Gamble and Huff, I Can’t Stop Dancing, which peaked at #9 on the Hot 100 and #5 on the R&B chart.

In 1975, Archie Bell & the Drells began performing with “The Melting Pot Band.” Together they released their album, Dance Your Troubles Away. The single “Soul City Walk” peaked at # 13 in the United Kingdom’s Singles Chart. However, it reached #42 on the United States chart. They also performed at the Kool Jazz Festival at the San Diego Stadium, San Diego, California, in 1975 and 1976.

In 2013, Houston’s Mayor Annise Parker honored Archie Bell, Lucious Larkins, and James Wise with the proclamation of Archie Bell and the Drells Day in the city.